Though they can’t tell us about it, babies can reason | Techilink 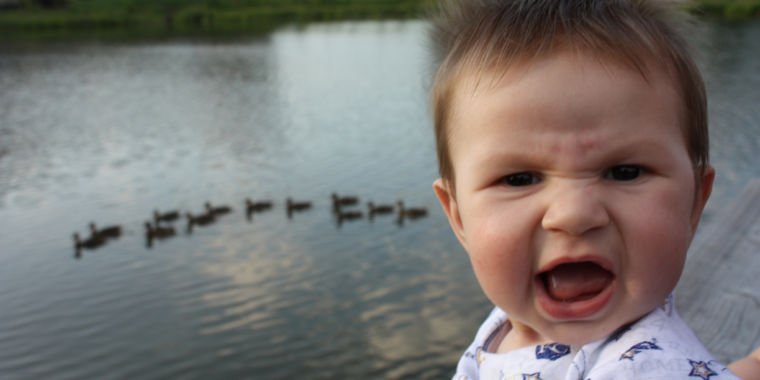 Does language enable us to reason by providing a way to symbolize and convey our thoughts? Or are inferences, deductions, and other forms of logical reasoning independent of our ability to articulate them? It’s hard to tell if babies can think, as they can’t tell us, which makes it even harder to separate language and reasoning.

Ernő Téglás, from the Babylab in Budapest, examines “how babies acquire the conceptual sophistication necessary for abstract combinatorial thinking involved in everyday reasoning.” His team just published a paper describing the precursors to logical reasoning in preverbal infants. One group of infants was 12 months old and the other was 19 months old; Babies of these ages are just on the brink of language learning and speech development, but they certainly precede the development of extended language.

Like 20-somethings who were given the same tests, these babies expressed grief when their conclusions were wrong. Distress came in the form of staring at the inconsistent results, which is how baby cognition is often measured.

The babies were shown movies to test whether they were able to frame so-called “disjunctive syllogistic hypotheses.” Whether you recognize the term or not, we always do this: if not A, then B. They saw two different kinds of toys that looked the same from above: a dinosaur and a flower. Both toys were hidden in a box and the babies could just see the top of the toy over the edge. Then one was put in a cup. But which toy is it?

At this point, the dinosaur was taken out of the box, triggering the unnerving moment of tension that had the researchers on the edge of their seats: the potential pull-off phase. Would the babies understand that the toy in the cup must be the flower?

They did. The researchers know this because in some cases they made sure that the toy in the cup is also a dinosaur, a result that doesn’t match the babies’ logical conclusion. In these cases, recordings from the experiment show that the babies stared longer at this inconsistent outcome. Since the babies can’t articulate “What the…” yet, this is the best we’ve got.

But this experiment can only measure the response after an inference has been made. To try and see the babies make this inference in real time, the researchers changed the experiment by showing the babies what toys were in the cup. So they knew the other toy still had to be in the box; they didn’t have to figure it out. In this experiment, the babies still stared at the inconsistent result for longer.

But in the first experiment, when an inference was needed, their pupils dilated more during the all-important potential subtraction phase. The researchers argue that this increased pupil dilation “suggests that cognitive ability has increased, possibly as a result of making inferences.” Why do the researchers think this? They used millennials as a control.

Millennials can usually tell us what they think – that’s how we know they have reasoning skills. But when presented with the same movies of plastic dinosaurs and flowers in cups and boxes, their pupils also dilated only when they had to deduce which toys were true. (They also stared longer at inconsistent results.)

Teglas and co. conclude that precursors of logical reasoning are thus independent of, and even precede, language. This work does not come close to explaining the relationship between the parallel developments of reasoning and language. But because these visual responses remain stable throughout development through adulthood, this kind of deductive reasoning can be a primitive and essential facet of the human mind.