Thor: Ragnarok Review: A Quirky Take On Fantasy Heroes By The Books |Techilink 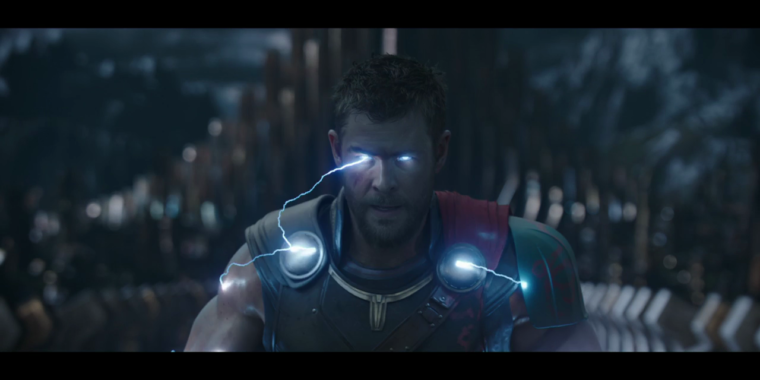 For nearly a decade, the Marvel comic book universe has thrived in film by striking a very gentle balance between serious and silly. Heart and sarcasm appear in equal measure between Marvel’s many epic superhero fistfights. These films are not ashamed to laugh at their strange, all-too-serious origins – and do so with obvious love and reverence for their source material.

Still, there comes a time when even that kind of solid filmmaking starts to feel like crap, and that’s the unfortunate place Thor: Ragnarok lands. It’s by no means a bad movie, and it’s more agile, entertaining, and likeable than the lesser but still great Marvel movies of late (ant man, Avengers: Age of Ultron). Despite solid performances, remarkably wacky content, and a few scene stealers, this third Thor movie ultimately feels disposable, unlike a high-stakes entry like Captain America: Civil War or a wow-that-was-fun stunner like Spider-man: Homecoming.

Not just the god of hammers

Chris Hemsworth’s Thor appears at the beginning of the film trapped in a cage that rattles a goofy “rather on Thorrecap. He describes everything to the public in a sloppy ’70s serial way, but does the same to the skeleton in his cage. So, Thor: Ragnarok wastes no time boosting his camp factor, which continues as he endures a “prepare for the end of the world” tirade from the massive demon Surtur. Thor repeatedly asks Surtur to interrupt his tirade as he spins slowly as he hangs from a jumble of chains. “I feel like we had something there,” Thor says as he waits for eye contact to return. Those kind of things.

In frame form, the film’s silliness reads like a barrage of comedic relief moments. When Thor needs help during his early battle with Surtur, he’s waiting for one of Asgard’s new men, Skurge, to flirt with scantily clad supporters. When Thor finally returns to his home in Asgard with some sort of trophy, he has to wait for a play to celebrate the life of the evil brother Loki (complete with a “yes, that was hilarious” cameo). And when Thor and Loki (again played by Tom Hiddleston) rush to find their father, Odin, we find ourselves in a crazy Dr. Strange montage in which Benedict Cumberbatch sews the heads of both brothers with mental riddles and physical sorcery. All this in the first 20 minutes.

This levity continues the more lighthearted attitude we saw in Thor: The Dark World, and it’s all welcome stuff, with Hemsworth and Hiddleston each getting a ton of room in the script to flex their comedic muscles. I’d say Loki is finally the more interesting brother this time around, as he splits his time in the film between obvious roguery, surprising heroism, and general anarchy. The script makes Loki betray his loyalty in the blink of an eye and logical grounds for how other characters react. That’s an impressive balance.

Hemsworth, on the other hand, has the difficult act of following Tom Holland’s incredible Spider-Man: Homecoming performance this summer. All of Thor’s cute, charming, and snarky moments just feel like a Peter Parker personality being slapped on a much older, wiser hero. As a result, there’s something about theme, though Hemsworth still steers capably Thor: Ragnarok as its driving protagonist.

Cate Blanchett joins the cast as Hela, Thor and Loki’s older sister, who emerges as an unstoppable evil force. Her long ago banishment by Father Odin has ended and now she has come to take over Asgard and his people. Thor has finally found his match. And in the beginning, this part of the film is particularly intriguing. What should Thor do when he encounters an enemy so powerful that she totally questions all of his superpowers (especially his insanely heavy hammer)?

Without giving too much away, Thor and his friends discover that this super-high stakes premise isn’t right. That’s a shame, because Blanchett is at her best when she drinks heavily from a cup of pure, unstoppable evil. “Kneel before your queen,” she snaps, and you can practically smell a heavy odor of death between each slowly spoken word. She works just as well with an endless arsenal of CGI-assisted knives as she drives fear into the hearts of everyone she meets. (One thing that dampens her impact, though, is her use of an innocent pawn to carry out her dark errands; from the moment this side-plot unfolds, it’s clear that this person will eventually save the day.)

Good news: Blanchett’s non-funny moments are welcome breaks from the brutal, silly plot, and they don’t slow down the film’s momentum in the least. The same can be said for Jeff Goldblum, who appears as a secondary villain. His take on the old Marvel baddie who is the grandmaster, well, Goldblum-y in all the right ways. He reads like a wealthy swinger stuck in the 70s, and he’s obsessed with entertaining crowds and coming across as the fun guy even when wielding deadly power on a garbage-collecting planet where he’s constantly having slaves fight to the death for his entertainment.

It’s great to see Goldblum back in his old form, especially since his appearance in 2016 Independence Day: Resurgence was as hacked and called as I had ever seen the actor. Director Taika Waititi also steals quite a few scenes as Korg, the rock man trapped in the grandmaster’s catacombs. If you’re looking for something as funny and out of the blue as in the Waititi movies What we do in the shade and Hunting the Wildervolkhis scene-stealing role definitely delivers.

But Waititi doesn’t reach the same level of New Zealand humor with the film as a whole. His directing approach is clear in many good ways, but he struggles to maximize the comedic potential of a Hulk who (for a while) can’t return to Bruce Banner form. There’s a perfectly solid comedy coming out of this version of Hulk, which has a lot more dialogue than in other MCU movies, but these scenes last longer than the more natural and organic back-and-forth scenes between the brothers Thor and Loki.

Even worse, Waititi seems lost in taking advantage of the “herald another Marvel badass” opportunity he’s getting in Valkyrie. She’s been expertly portrayed by Tessa Thompson, but we’ve seen much stronger introductions of new heroes over the past year on both the Marvel (Black Panther, Spider-man) and DC (Wonder Woman in the otherwise awful side) side. Batman V. Superman). Here, Valkyrie never feels fun, dangerous, or deep. She’s just standing around for Thor from Hemsworth to say silly things to.

If the movie were more hilarious, more alive, or bigger, maybe those nitpicks wouldn’t stand out. (And if it had removed all the terribly slow and boring scenes from Idris Elba, it would have been a much better movie.) Thor: Ragnarok is as much about its absolutely hilarious scenes and standout moments as it is about its awkwardness and failures to live up to greater potential. You have to do quite a bit to be more than a footnote in the MCU lately. Thor: Ragnarok is by no means a waste of time, but you can skip it in favor of a quick summary in a pinch. That’s never a good sign.