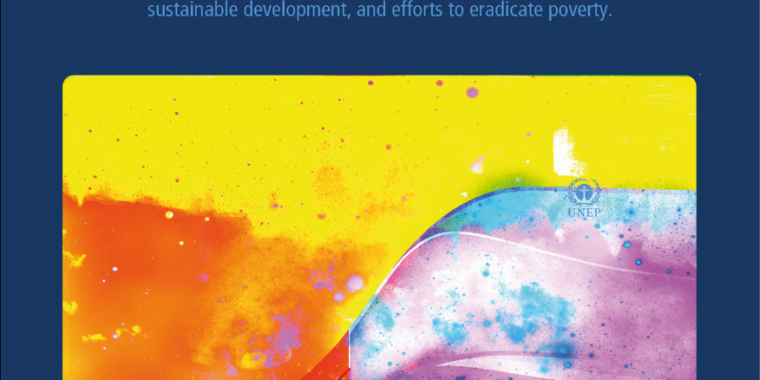 One of the biggest surprises leading up to the 2015 Paris international agreement on climate-changing emissions was a row over a new target. Some time ago, countries set themselves the goal of limiting global warming to no more than 2°C. Most arguments since then have centered on the fact that our actions were not sufficient to achieve that goal. But in Paris, a few vulnerable countries decided to stand up and say that 2.0°C wasn’t good enough. Low-lying island nations, for example, were not content to negotiate a goal that might not even save them.

Ultimately, the Paris Agreement noted that countries were aiming to keep warming “well below” 2°C. The problem with even a slight shift in goals is that the scientific work done prior to the international talks has yielded no results for a 1.5°C scenario.

While government officials are frankly buried with more high-quality scientific information than they really need to make sound decisions about the urgency of slowing climate change, they have ordered a 1.5°C addendum. After working overtime for the past few years, scientists who have volunteered for the Intergovernmental Panel on Climate Change (IPCC) have now produced a report summarizing what existing research is telling us about a 1.5ºC warmer world.

The basic core isn’t surprising: the effects of 1.5°C warming are just under 2.0°C, and it’s harder to cut greenhouse gas emissions fast enough to meet the lower target. But when you put numbers on these things, some of the effects are particularly noteworthy and the roadmap to emissions reductions becomes crystal clear.

The report notes that we are currently at around 1.0°C warming, with a warming trend of 0.2 ± 0.1°C per decade. If we eliminated all our emissions today, we’d still see a little more warming (as sunlight-reflecting aerosol pollution washes out quickly from the atmosphere, for example), but probably not enough to help us slide helplessly over the 1.5°C limit. Still, at our current pace, we will reach 1.5°C between 2030 and 2052.

Some effects of climate change show particularly large jumps between 1.5 and 2.0°C. Heat waves, heavy rainfall and regional droughts are on the rise, along with their associated human health impacts. Ecosystems would also benefit greatly from limiting warming. Of the more than 100,000 terrestrial species surveyed, for example, numbers are expected to disappear from half their range. doubles between 1.5 and 2.0°C. Coral reefs have a particularly bad outlook. We expect to lose 75 to 90 percent of the coral reefs at 1.5°C; at 2.0 °C that number is more than 99 percent.

The report estimates that sea level rise by the year 2100 would be about 10 centimeters lower in a 1.5°C world than in a 2.0°C world. That may not sound like much compared to much-discussed worst-case scenarios of more than a meter of sea level rise, but 10 million people live in areas that would be affected by that extra 10 centimeters.

So is it possible to steer the ship to a limit of 1.5°C? It’s worth noting that we didn’t even promise enough action to dip below 3.0°C, let alone hit a lower target, but it’s not the physics standing in our way. The report shows a number of technically possible ways to cut emissions fast enough to stabilize the Earth’s climate at 1.5°C, but the margins are damn thin.

The “good” news is that this report has slightly increased the estimated amount of greenhouse gases we can emit before exceeding the 1.5°C or 2.0°C limits (in line with recent research we discussed). The bad news is that it would still require a huge effort. To stop warming at 1.5°C, global emissions would have to fall by about 45 percent by 2030 — barely more than a decade from now. By 2050 we should achieve net zero emissions – any remaining emissions should be countered by active removal of CO2 from the atmosphere.

Compared to the already daunting task of meeting the 2.0°C target, this effort would require even greater efficiency gains to reduce aggregate energy demand. Capturing emissions from natural gas plants and storing them underground would be necessary to enable faster reductions. Coal should be a relic of the past. Transport (and other sectors) should be electrified and run on the new, cleaner grid rather than fossil fuels. And techniques for removing carbon dioxide from the atmosphere should be applied on a truly significant scale.

If the world found the political and personal will to work together and make that kind of effort, the report shows that those actions would benefit more than just the climate. Looking at a series of United Nations Sustainable Development Goals, while there are certainly some compromises, most actions to limit global warming and its effects would improve life in multiple ways. This would certainly require huge investments, but they would pay off.

In short, the report’s response to governments is that limiting warming to 1.5°C would bring great benefits, and it still is. technically possible. Now we know whether governments will do something with that knowledge.

During an IPCC press conference in Korea Monday morning, Jim Skea of ​​Imperial College London took a question about the importance of reforestation versus reducing fossil fuels as an opportunity to summarize the report’s basic message:[S]Using ‘option x or option y’ is not the way this report is written. The word ‘or’ does not work in relation to the 1.5º warming ambition. The only link you can use is ‘and'[…] So most importantly, option x AND option y AND option z is the nothing but option, we really need to achieve this level of ambition.”