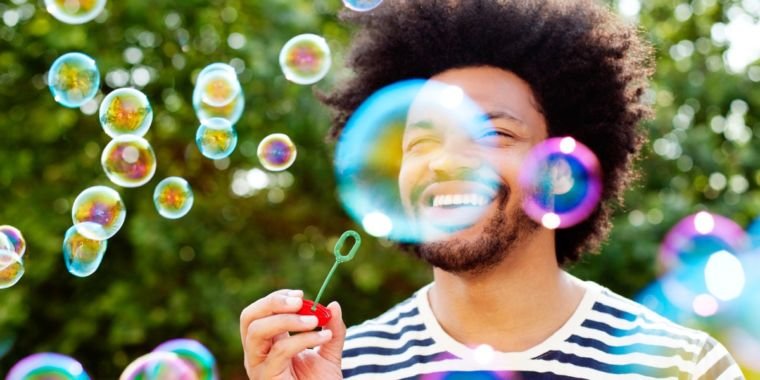 A team of mathematicians has come up with the most precise recipe yet for blowing perfect bubbles, and it’s not just for fun. A better understanding of the dynamics at work could lead to more efficient industrial production of commercial sprays and foams, such as shaving cream or Reddi-Wip – virtually anything that has drops or bubbles in it.

Bubbles have long been serious science. In the 19th century, Belgian physicist Joseph Plateau outlined four basic laws of surface tension that govern the structure of soapy films. Surface tension is why bubbles are round; that shape has the least surface area for a given volume, so it requires the least energy to maintain. (As gravity pulls the liquid down in a process called coarsening, the shape begins to resemble a soccer ball more than a perfect sphere.) American botanist Edwin Matzke built foam by hand in his lab in the 1940s. . bubble, the better to examine their structure.

More recently, in 1994, Irish mathematicians used computer modeling to determine which geometric shape can most efficiently pack bubbles, while other scientists have used acoustic levitation — powerful sound waves — to make bubbles float in the air. In 2006, scientists at Harvard University found that adding tiny colloidal particles to the mix created a kind of coating or armor, creating much more stable bubbles that could be reshaped and shaped at will. It is even possible to build rudimentary microfluidic bubble-based logic devices to transport therapeutic drugs or chemical reagents.

Looking for the perfect bubble

Just two years ago, French physicists worked out a theoretical model for the exact mechanism for how soap bubbles form when jets of air hit a film of soap. They tested their model by hanging a weighted fishing line from a three-foot device. Then they gently dripped a soap solution (a little Dawn dish soap in plain tap water) on the top of the wires so that the wires stuck together as it trickled down. By carefully pulling the wires apart again, a thin soap film was created. Then they zapped the film with gas jets to see what speeds of the blowing air were producing bubbles, and filmed it all with a high-speed camera.

“We can now say exactly what wind speed is needed to push the film out and make a bubble form.”

The result: bubbles only form above a certain speed, which in turn depends on the width of the air jet. If the jet is wide, there will be a lower threshold for bubbles to form, and those bubbles will be larger than the bubbles produced by narrower jets with their higher velocity thresholds. The first is often the case when we blow bubbles through a small plastic stick: the jet forms near our lips and is usually wider than the soapy film that hangs in the stick.

In a new newspaper in Physical Assessment Letters, mathematicians at New York University’s Applied Math Lab have further refined the recipe for the perfect bubble based on similar experiments with soapy thin films. “We can now say exactly what wind speed is needed to push the film out and cause it to form a bubble, and how this speed depends on parameters such as the size of the wand,” said study co-author Leif Ristroph. The answer: You want a round wand with a circumference of 1.5 inches and you need to blow gently at a constant 6.9 cm/sec. Blow at higher speeds and the bubble will burst. Use a smaller or larger wand, and the same thing will happen, or the bubbles will be smaller, or maybe not form at all.

Ristroph and his colleagues also discovered that you can make bubbles by blowing a film of soap with a strong, steady wind, or by applying a gentle, fast gust of wind to a film of soap that then continues to grow even if you slow the airflow. The latter is how most children blow bubbles, while the former is preferred by street performers in city parks or in scientific demonstrations. “They just walk, fast enough, with a soapy loop of rope, which provides the relative wind needed to stretch the film,” Ristroph said.