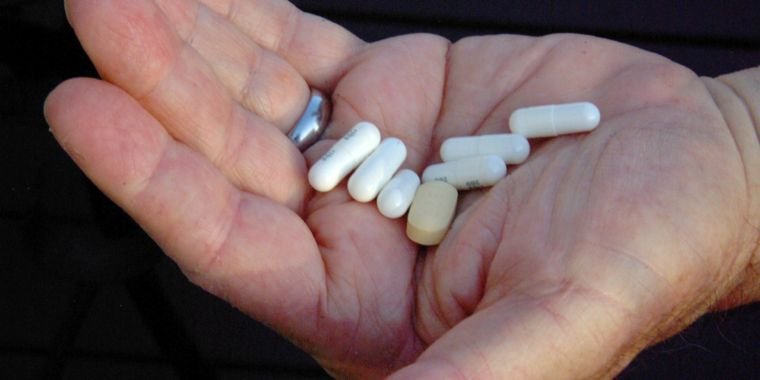 An obscure federal patent law that’s been on the books for more than a century gives the government the power to bring down rising drug prices, Kaiser health news reports.

Dr. Rebekah Gee, Louisiana’s health secretary, is trying to rally bipartisan support to use the law — U.S. Code Section 1498 under Title 28 — to lower the state’s staggering prices of patented hepatitis C drugs. The price of these drugs alone could cripple the state budget. If successful, the legal maneuver could lower prices for all 50 states — and be used to lower the price of other drugs. But to get there, she needs not only state aid, but an endorsement from the Trump administration.

Birth of a remedy

Under the law, written in 1910, the government has the power to intentionally infringe patents and develop affordable generic drugs for the public good. And that was indeed the intention of the law, according to the House Committee on Patents report that accompanied the bill. In that report, lawmakers noted:

[T]The government should have the right to appropriate any invention necessary or useful for natural defense or for beneficent public use, without prior arrangement or negotiation with the owner.

Since then, the government has used the law many times to evade patents and high prices — from electronic passports and genetically engineered mice to pharmaceuticals. In one notable instance in the 1960s, the Department of Defense negotiated a deal for an antibiotic with an Italian supplier, acquiring Pfizer, the pharmaceutical company that held the U.S. patent on the antibiotic. The reason given by the Ministry of Defense: the negotiated price of the Italian drug was 72 percent cheaper. The Comptroller General confirmed the Department of Defense’s decision.

The pharmaceutical industry lobbied hard to change the law, but ultimately failed. It also had little success in the courts. When the government enforces the law, the patent-holding drug company can try to challenge the decision in court and get damages for the infringement. But drug companies didn’t win much, often agreeing to modest royalties. And as Yale Law experts wrote in a 2016 review of the law: “[b]Because these cases tended to settle rather than reach a judgment, no case law regarding compensation has emerged in this context.”

Federal agencies continued to negotiate deep drug discounts through the 1960s, but inexplicably backed away from using the law in the 1970s, possibly because of political and cultural shifts in thinking about intellectual property. Nevertheless, the law could be revived to counter the current anger-inducing surge in prescription drug prices, Yale lawyers argued. “Under 28 USC § 1498, the U.S. government may purchase generic versions of these drugs for less than 1 percent of their list price plus a reasonable royalty,” they concluded in their review.

Just the pill for that

The case of hepatitis C drugs could be the perfect opportunity for the law’s comeback. Louisiana’s Gee even got top academic experts in law and public health to review the case, and they definitely gave the go-ahead for the attempt.

“This is the most viable path to getting what you need for people in Louisiana,” concluded Joshua Sharfstein, an associate dean at the Johns Hopkins Bloomberg School of Public Health and one of the experts Gee contacted.

In the US, hepatitis C is a ubiquitous blood-borne infection that affects the liver. An estimated 2.7 to 3.9 million people in the country have a chronic infection. This infection can lie dormant for decades and cause no noticeable symptoms, but can eventually cause liver damage, liver failure, liver cancer, and even death.

New drugs can cure the infection, but they are pricey. These include sofosbuvir (brand name Sovaldi) and ledipasvir (brand name Harvoni), which are often used in combination. They are both patented and sold by Gilead Sciences. A pill of either can cost $1,000 or more, easily leading to treatment regimens in the tens of thousands. Based on current prices, it would cost Louisiana a whopping $764 million to cover hepatitis C treatment for the approximately 35,000 residents who have the disease but lack private insurance.

Currently, the state spends only $3.6 billion of its $31.2 billion budget on health care, so money for more hepatitis C drugs would have to be funneled away from funding for schools, infrastructure or other public services. This could have significant implications — which can be easily explored using an online budget allocation tool created specifically for this scenario by Peter Bach, director of the Center for Health Policy and Outcomes at Memorial Sloan Kettering. For example, siphoning $30 million from the state’s $160 million budget from the state’s K-12 education would hurt about 4,000 children but only provide hepatitis C treatment for about 3,600 of the 35,000 patients.

Rachel Sachs, a law professor at Washington University in St. Louis, told the KHN that this is a good argument to invoke 28 USC § 1498. “The case is strong,” she said.

If the law is implemented, the government could contract with a generic drug maker to make low-cost versions of hepatitis C drugs, such as sofosbuvir and ledipasvir, bypassing Gilead and its ilk. But for that to happen, Secretary of Health and Human Services Tom Price would have to sign the move. While Price has said he is committed to making medicines affordable, he has also advocated for less government involvement in health care.

Still, as Sachs points out, “The federal government has a direct financial interest in controlling hepatitis C.”