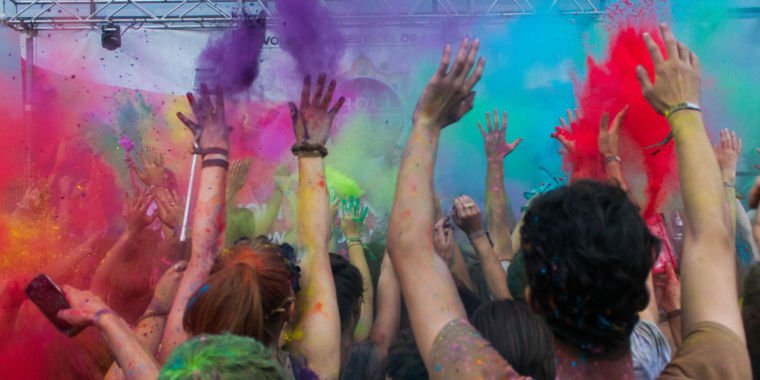 For some, musical notes evoke flashes of color, letters and numbers have their own distinct hues, and certain sounds tickle. Researchers have reported these extraordinary cases of sensory mixing called synesthesia – loosely translated to: observed together– for over 130 years. But the molecular underpinnings of the vivid experiences have been a complete mystery until now.

With the help of three large families of synesthetes, researchers identified a few genes that may help explain their intermingled senses. Several genes were involved in making connections between neurons within and across different brain regions. And additional data suggested that these genes are active in areas of the brain involved in receiving and processing visual and auditory information as those areas develop.

The findings, published this week in PNAS, seem to support the hypothesis that synesthesia is caused by hyperconnectivity between brain regions that serve our senses. Essentially, the idea is that dense, trippy sensory networks load with signals that can spill over to each other or that extra connections bridge the different sensory systems, breaking down their ‘modularity’.

The researchers behind the work — led by Simon Fisher of the Max Planck Institute for Psycholinguistics — are hopeful that the early genetic glimpse may help explain the sensational senses. They also speculate that such insights may one day help unravel other conditions that may be related to brain connectivity, such as autism.

Fisher and colleagues wrote that the study:

For the study, the researchers collected genetic material from members of three families, sampling four or five people with clinically verified synesthesia over three generations in each family, as well as non-synesthetes. These families all shared the same common form of synesthesia that associates sounds with colors. The families had been identified from the Cambridge Synesthesia Research Group database and were involved in previous genetic research, which also sought to unravel the genetics of the condition.

In their study, Fisher and colleagues focused on whole exome sequencing, which decodes the regions of DNA that are translated into proteins. The researchers searched the code and chose 37 gene variants that appeared to be linked to hereditary synesthesia. None of these were the same for all synesthetes in all three families. This supports the murky findings of the earlier Cambridge genetic work that suggested there are many different genetic variations that may contribute to the condition.

But this time, the researchers were able to pinpoint specific genes. Six of these were known to be involved in cell migration and nerve fiber growth, both essential in creating connections and networks in the brain. Based on data from previous gene activity studies and protein-level studies, the researchers found that these genes were active in sensory brain regions and were active as those regions developed in early childhood.

The researchers speculate that the variation in brain connection development “may work in harmony with early life experiences to form the unique secondary images of synesthetes (such as C♯ appearing orange, or B♭ appearing deep brown).”

There is a lot of work that researchers need to do to confirm that the identified genes are indeed involved in the condition — and to understand how. But “these results provide a molecular starting point for investigations into the origin of healthy variation in sensory integration,” they conclude.