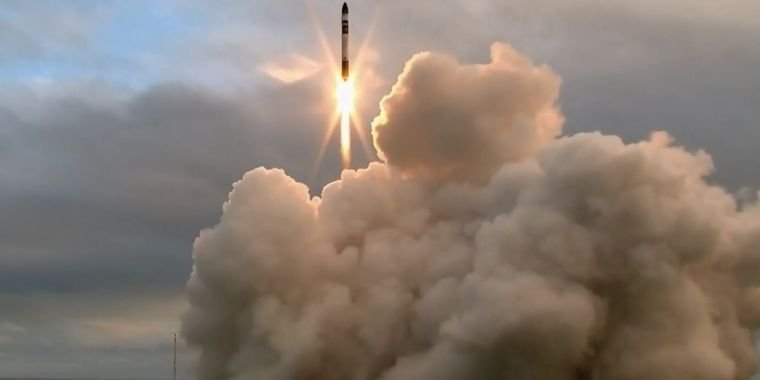 Shortly after midnight on Thursday, a New Zealand-based rocket company on the US east coast launched its first orbital-class rocket from a private launch site. Although relatively small, Rocket Lab’s Electron launch vehicle is at the forefront of a new class of launch vehicles designed to launch increasingly smaller satellites into space. Facing competition from the likes of Virgin Orbit and Vector Space Systems, which are late in the development phase, Rocket Lab is the first small satellite launch company to send a full-scale rocket into space.

“We are one of the few companies to ever develop a rocket from scratch, and we did it in less than four years,” said Peter Beck, CEO and founder of Rocket Lab. “We’ve worked tirelessly to get to this point. We developed everything in-house, built the world’s first private orbital launch sequence, and we did it with a small team.”

Although the Electron vehicle made it to space, it “didn’t quite reach orbit,” according to Beck. Rocket Lab did not release precise details about the launch from New Zealand’s Mahia Peninsula, but said the vehicle had a “great” first stage burn, stage separation, second stage ignition and fairing separation. In the coming weeks, Beck said, the company will examine the launch data, understand why the vehicle failed to reach orbit, and move on to the second of three test launches before launching commercial operations.

The Electron rocket is a relatively small vehicle, 17 meters high and 1.2 meters in diameter. Nine oxygen-kerosene “Rutherford” engines power the vehicle, each with 34,500 pounds of thrust at launch. (That’s just under a fifth of the thrust of each of the nine Merlin 1-D engines powering SpaceX’s Falcon 9 rocket). When fully functional, the rocket can send up to 150 kg to a sun-synchronous orbit 500 km above the Earth.

This is far less than the capacity of orbital rockets in use today, including the Falcon 9, Atlas V, Soyuz and other commercially available rockets. But in recent years there has been an explosion in the demand for the supply of small satellites weighing a few hundred kilograms up to cubesats and the desire not to have to drive with larger loads. Rocket Lab hopes to meet this demand with services costing as little as $5 million per launch.

The new class of low-cost small satellite booster companies plans to launch quickly and often to meet market demand. At full production, Rocket Lab says it will launch more than 50 times a year and is regulated to launch up to 120 times a year. A competitor CEO, Jim Cantrell of Vector Space Systems, recently described the market for smaller launch vehicles as “shooting turkeys in a drum,” saying there was incredible demand. In the race to be the first to reach the market with a smaller spacecraft, Rocket Lab took a big step Thursday.