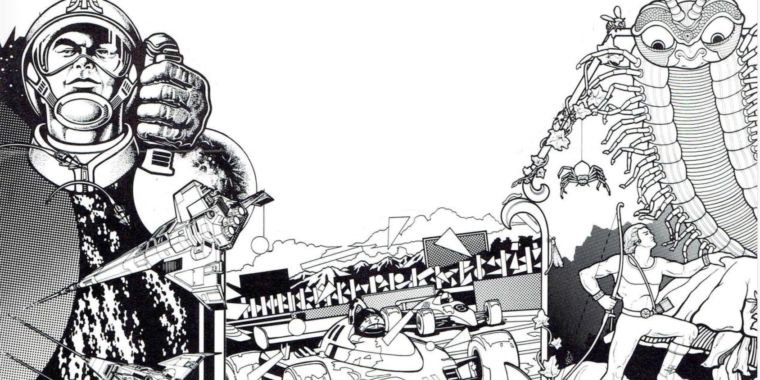 Consider this your regularly scheduled reminder that the Internet Archive still houses some of the coolest relics in geek history. Now the scan and upload team led by Jason Scott is delivering a decent slice of video game nostalgia: the Atari Coin Connection.

Long before consumer magazines and fan newsletters dominated the industry, Atari’s first publication was launched in 1976 to an audience of businesses and arcade operators. The publication was intended to simultaneously promote new arcade games and provide user advice for existing machines, and full archives of the largely black-and-white newsletter are now accessible in the form of immaculate scans. Scott confirmed to Ars that these scans have been on other sites for about eight years. “I got a stack of manuals, newsletters and magazines today – about 20 gigs – and while many were already in the archive, a lot of them weren’t, so I’m reconciling that,” Scott told Ars via email. As a result, they will definitely get a lot more attention and love.

The Link‘s intriguing content starts right up in the first issue, which includes a recommendation that seems hilarious in retrospect: encouragement for arcade operators to open and modify their own games. “If the beep goes out of your game or if the ping goes out of your pongif you want to inject new thrills into Atari games, do it!” it reads. Tank could have been used against Atari if the $15 million lawsuit against General Computing Corp had been settled. (The makers of the “speed-up kit” at GCC made further) Mrs Pac-Man for Namco.)

There are nine volumes in all, and the dozens of newsletters offer all sorts of Atari corporate gems, including insights into the “tokens vs. quarters” debate, advice on bringing real sportscasters to arcades to provide live commentary, and sweet , sweet merchandise. Come for the cool 80s art; stay for the incredibly clunky photos and business cheese text.