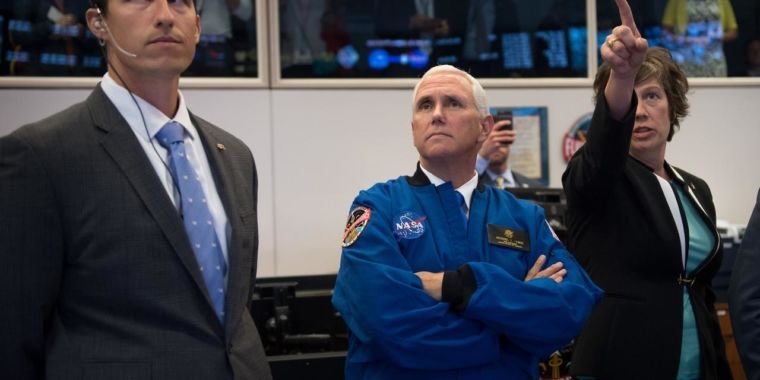 As head of the recently created National Space Council, Vice President Mike Pence is the most important person in the United States when it comes to shaping space policy. In this role, Pence oversees the development of U.S. military, civilian and commercial space efforts.

The Trump administration has taken office at a time when new space companies such as SpaceX and Blue Origin are challenging dominant aerospace companies such as Boeing and Lockheed Martin. A key difference between the new competitors is that they are willing to invest more of their own money in launch vehicle development — both SpaceX’s Falcon Heavy rockets and Blue Origin’s New Glenn rockets are largely privately funded. Successful flights by these vehicles may raise questions about why the federal government should spend billions of tax dollars on traditional contractors for other heavy vehicles.

Early next month, the first of these privately funded rockets, SpaceX’s Falcon Heavy, should finally make a test flight from Kennedy Space Center in Florida. If successful, the Falcon Heavy, with a lifting capacity of 54 tons to low Earth orbit, will become twice as powerful as any rocket in operation today.

So far, the Trump administration has played it two ways: recognizing the importance of the newly emerging private space sector, but also praising NASA’s large and expensive Space Launch System. However, sources have indicated that Pence’s office is keeping a close eye on private companies and success here may have policy implications.

This was confirmed on Saturday in a tweet from Nick Ayers, Pence’s chief of staff. Directly referring to the upcoming Falcon Heavy launch, Ayers tweeted“Major (positive) impact on the US aerospace industry if this goes according to plan.” Here, a key confidant of Pence seems to be saying that the Falcon Heavy could be a game changer by offering the United States a new launch opportunity at a low cost to the taxpayer.

NASA, on the other hand, is more muted about the upcoming launch. Earlier this year, Ars sought an interview with NASA acting administrator Robert Lightfoot. He declined, citing a busy schedule, but his office agreed to answer questions in writing. We asked if Lightfoot would be watching and what success would mean for the aerospace industry.

NASA celebrates the success of its industry partners as a testament to the hard work the agency puts into sharing technology and innovation with US companies. Achieving the goal of expanding humanity’s presence in the solar system will require the best research, technologies, capabilities and contributions from the US private sector and international partners.

“It’s good to see this from the leadership of the Trump administration,” Larson told Ars. “The next step would be to commit to supporting the US commercial space, including not prematurely ending our position in low Earth orbit that supports critical science and all of US industry.”