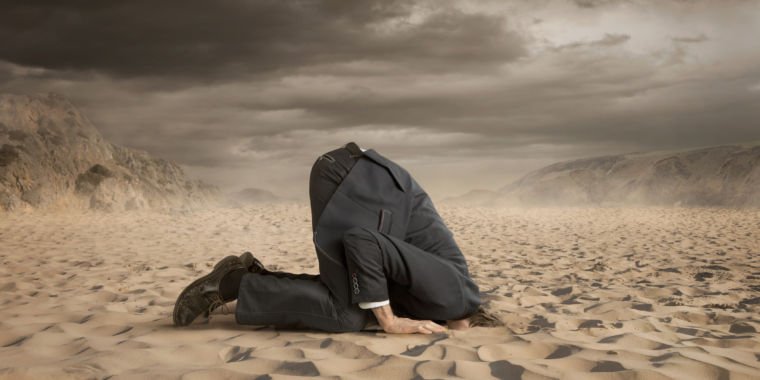 It’s no secret that when President Trump took office, he rejected the conclusions of the vast majority of the world’s scientists when it comes to our changing climate. But it was not clear how that would translate into policy. At least some of his advisers, as well as his daughter, accept the scientific community’s conclusions. And there was the possibility that policy decisions would be constrained by reality as Trump was sworn in as the most recent global temperature records were set.

In recent weeks, however, it has become increasingly apparent that there has been a massive backlash against climate change across the government, with several counter-movements in the past week alone. We’ll look at those briefly below.

The roster and the subsidy

This week saw the long-delayed publication of the Department of Energy’s evaluation of grid stability. The report was commissioned by Secretary of Energy Rick Perry, who suggested that the expansion of renewable energy was undermining the reliability of electricity supply. However, a draft of the expert evaluation was leaked in June, stating that the U.S. power grid was now more reliable than it had been for decades. However, those conclusions were watered down in the final report.

But the report is also notable for avoiding using the term “climate change” in its 125 pages. This is despite the fact that increased heat will boost demand and strain grid hardware and that climate change is currently driving energy policy at the state level. In fact, the report recommends the anti-solution to increase the use of coal-fired power plants.

Amazingly, however, that report was not what led the DOE to deny that it had banned the use of the term “climate change.” Instead, that was caused by Jennifer Bowen, a biology researcher at Northeastern University whose research is funded in part by the DOE. On Thursday, Bowen posted a screenshot of the correspondence she received from the DOE office responsible for her scholarship. The email reads in part:

I have been asked to contact you to update the wording in your summary of the proposal by removing words such as “global warming” or “climate change”. This is requested because we need to comply with the language restrictions of the President’s budget and we don’t want to make any changes without your knowledge or consent.

We reached out to Bowen to ask for more details, but instead received a response from a Northeastern University spokesperson. He passed on the university’s statement on the matter: “A long-standing pillar of the American research model is the belief that science should not be limited or influenced by partisan politics. As a university, we will continue our steadfast commitment to intellectual inquiry and will follow the facts wherever they lead.”

E&E News contacted the DOE, which denied it had a blanket ban on the term “climate change.” But Nature News identified a second researcher who had received funding from the same DOE program and has also been asked to remove references to climate change from his grant summary.

It’s not just the DOE that seems to have problems with this field of science. Perhaps the most important step occurred at the National Oceanic and Atmospheric Administration (NOAA). NOAA is one of the organizers of a congressional mandated national climate assessment, and it maintained a 15-member advisory committee designed to help both industry and state and local governments use the assessment for planning. In other words, the commission was intended to help the nation decide how best to act based on the information contained in a scientific report.

The commission was established in 2016 in anticipation of the completion of the next climate review, which will take place this year. However, the charter expired last week and the Trump administration decided not to renew it.

In the meantime, the assessment itself has become a battlefield. Drafts of the assessment have been peer-reviewed by scientific peers and have been widely disseminated. They largely reflect the conclusion of other scientific assessments of climate, such as those of the IPCC.

But Scott Pruitt, head of the EPA (one of the organizations tasked with writing the review), is now threatening to derail its formal release. Apparently unaware that the grant has already been reviewed, Pruitt told a radio host that “Frankly, this report should be subject to peer-reviewed, objectively reviewed methodology and evaluation.” While speaking about the assessment, he also warned against “politicized” science, though he didn’t seem to identify what it was threatening to do.

His call for a reassessment of the climate assessment may offer Pruitt a chance to try out one of his ideas: a “red team” assessment that he hopes will poke holes in mainstream science.

In this environment, even small actions arouse suspicion. The National Institute of Environmental Health Sciences (part of the National Institutes of Health) underwent a redesign this week that focused on a single word: “change.” Headline-level references to climate change were changed to simply say “climate,” though the information they linked remained intact and continued to refer to climate change. The organization’s communications director downplayed the importance of the change.

It is difficult to say what is the meaning of some of these actions. Clearly, Perry and Pruitt, who head up DOE and EPA, are perfectly willing to override expert conclusions and scientific findings when it suits them. (While Pruitt still hasn’t tried to throw out the EPA’s finding on the danger of greenhouse gases, so there are limits.) But among them and other agencies, decisions can be made haphazardly by petty political appointees or career managers. And these individuals can be motivated by anything from personal beliefs to the desire to please their office heads to the hopes of avoiding negative attention from their superiors.