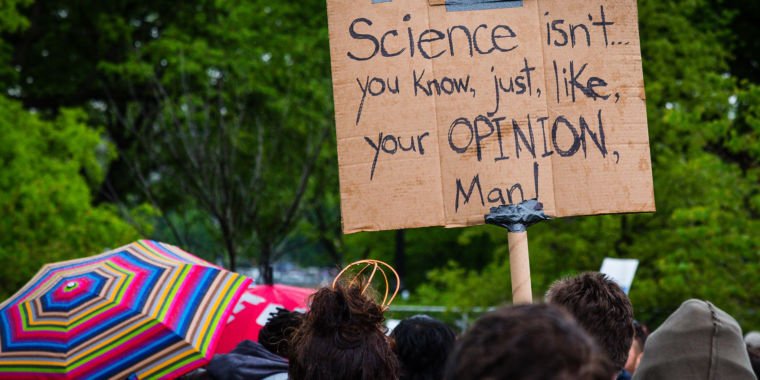 In the US, partisan political lines define a climate change debate that does not exist among climate scientists. It’s been around long enough that you might think rejecting the human cause of climate change is somehow inherently conservative. Few countries outside the US have this debate, despite – and this is true – housing their own politically conservative citizens.

To find out what’s going on, Matthew Hornsey, Emily Harris and Kelly Fielding of the University of Queensland in Australia surveyed 5,323 people in 25 countries. And the results confirmed that the US is really the weird one.

The survey asked respondents to answer questions that placed them on four different political scales: left versus right, liberal versus conservative, individualist versus community, and hierarchical versus egalitarian. They were also asked about a handful of conspiracy theories to test a separate connection between conspiracy thinking and the idea that climate science is a massive hoax.

The results showed that the United States was the only country with a statistically significant correlation between all four political scales and climate opinions. In other words, putting yourself on a political spectrum is a strong predictor of how you’ll answer questions about climate change, but only if you’re American. The same was true for US conspiracy theorists, although a few other countries had similar correlations, including Singapore.

The researchers note that Australia, Canada, Brazil and the US have something in common: they have some of the highest greenhouse gas emissions per person. This may be a coincidence, but the researchers say that “per capita carbon emissions may be indicative of vested interests around climate change, both collectively (in terms of the investment of the fossil fuel industry in that country) and individually ( in terms of the perceived sacrifices and changes citizens feel they must make to live a low-carbon lifestyle).

The differences between countries tell us that climate skepticism is essentially a cultural phenomenon and not inherent in particular political ideologies. As research like that by the Cultural Cognition Project has shown, cultural identities became entangled in climate change in the United States — something that hasn’t happened with most other scientific subjects. How does this entanglement come about? It seems that cultural leaders are pushing an idea that can be applied across that entire cultural group. For most topics, there’s no one to influence these ideas, so they don’t go “viral.”

For the researchers, that’s encouraging – or at least more encouraging than the alternative. There are only a few countries where climate science is truly entwined with political identities, and the US is the exception rather than the rule. In most places, conservative political groups want to do something about climate change just as much as liberal ones.