The PicoBrew Pico: closer to a countertop machine for making beer |Techilink 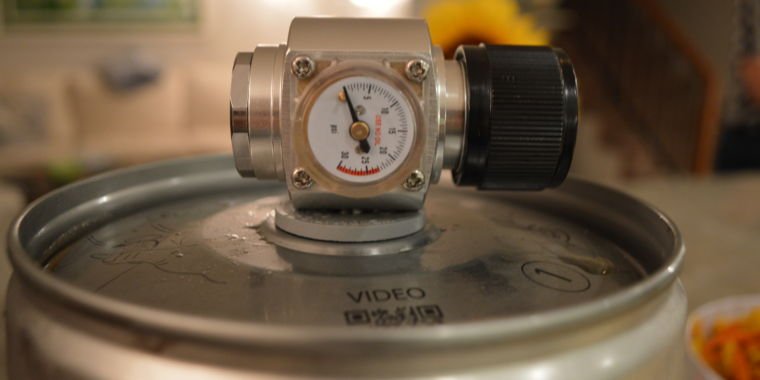 I’m in my mom’s kitchen in Los Angeles, having a beer with my sister on a hot spring afternoon. The beer is a bready, hoppy IPA without overpowering flavors that would make you think too hard. The alcohol content is acceptable. The brew is well carbonated and does not taste flat. This beer isn’t going to win any awards, but I could gift it to friends and family without apologizing for it. Basically, it’s easy drinking, something you can have a conversation about.

However, the beer came out of a beer making machine on my counter, which made the overwhelming meanness of the brew feel great instead. Maybe that’s a low bar to set to deserve applause, but given my previous experience with the PicoBrew Zymatic, it felt appropriate.

In 2015, I reviewed the Zymatic, a large machine designed to help brewers boil their wort automatically, but the fermentation process was largely left to the owner of the Zymatic. I produced two beers below average, perhaps because of the heat wave I was brewing in at the time (the temperatures definitely killed some yeast). But another part of the problem with the Zymatic was that it combined a machine-driven brewing process with the traditional hands-on fermentation, bottling and carbonation processes. It wasn’t the “set-it-and-forget-it” device I expected.

However, this particular beer I was drinking recently came from the second iteration of PicoBrew’s home brewing machine: the PicoBrew Pico (yes, somehow someone decided that was the right name for it). The second generation device has its problems, but it is also improved in many ways over the previous version. I find it especially interesting to see how PicoBrew tries to solve a problem that nobody has (i.e. “I’m bad at making beer, but buying beer from a liquor store is too mainstream for me”) in a way that actually smart. I probably wouldn’t spend $800 on this unit, but making Pico beer just got a little more appealing.

Neat for beer? (Wait, hold back your moaning)

The Pico is about two-thirds the size of the Zymatic, so while it actually fits on a counter this time around, it’s still about the size of a microwave. The Pico probably wouldn’t fit in the largest of kitchens.

Operating the Pico requires less work than operating the Zymatic. However, that comes with a trade-off: You can only brew with PicoBrew’s prepackaged, proprietary PicoPaks. (Yeah, “pack” without “c,” because how else is PicoBrew going to keep that Silicon Valley glamor?) The “Paks” come with an RFID tag that the machine reads before you start brewing.

While this is generally a hair-raising way to create repeat business from one-off sales of appliances à la the Keurig or the infamous Juicero, take a deep breath if you find your fingers getting hot and jittery from the urge to rage a rage. to write a comment. First, the PicoPaks are compostable, so you don’t do the same damage as plastic coffee cartridges or crappy juice bags. PicoBrew’s website also allows you to purchase custom Paks through the “PicoBrew Freestyle” portal (perhaps a ripoff of Coke Freestyle machines?). Once you load a Pak, you can have the machine adjust the brewing temperature and time to your desired bitterness levels and alcohol content (ABV or alcohol by volume), for example.

The purist will note that you can’t make each kind of PicoPak you want in the PicoBrew Freestyle market – they will stop you after a while to adjust the ratio of a recipe for certain types of grain. This device comes with defined boundaries of all kinds. But it won’t force you to choke on a small variety of hand-crafted concoctions, either.

PicoBrew positions itself as a sort of distributor of rare beers, courting breweries of all sizes to “enter the market” by creating their own PicoPaks for Pico owners to purchase. So if you’re a brewer in Washington State who makes a rare Amber, but you can’t afford to ship it to devotees in Nebraska, you could theoretically contract PicoBrew to make the, er, “raw shape of your beer.

When you order a PicoBrew Pico, it comes with a whole host of parts in addition to the machine itself. You get a small brew vat and a similarly sized serving vat, as well as a box of components including a CO2 regulator and cartridges, an assortment of cleaning pipes, a small packet of washing powder for cleaning components after brewing, and an assortment of plugs and lids for the kegs. For all the components you come across, there is not a lot of mechanical installation required on the machine right away.

Setup was just as easy on the Pico as it was on the Zymatic: connect to the internet and your PicoBrew account, wait for any pending firmware to download, and you’re ready to flush the machine for the first time. The setup process is made extra easy here because you don’t have to go to the PicoBrew web interface to add the next recipe you want to brew – the machine knows that information automatically when it reads the smart label on the PicoPak you place.

After carefully unpacking the Pico and connecting it to my home network, the screen on the device guided me through my first flush. Overall, the Pico’s screen guides you through the cleaning and brewing process, but I relied heavily on the spiral-bound IRL manual that came in the box because it was more detailed.