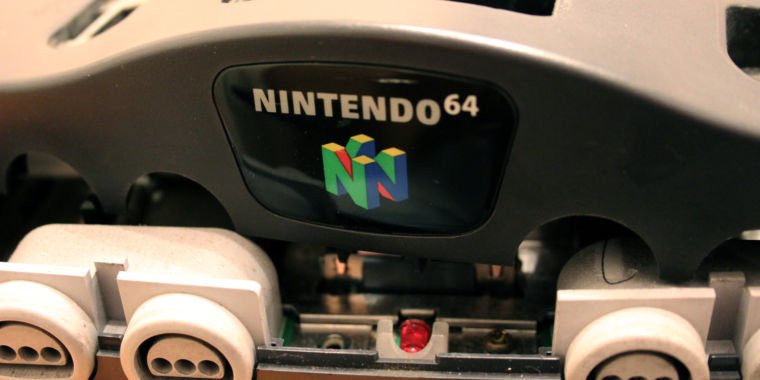 Consoles like the Super Nintendo and even the Sony PlayStation were out of my reach when they first landed in 1991 and 1995 respectively, largely due to my youth and lack of free money at either time. I’m sure I wasn’t the only kid to gaze wistfully at such consoles through department store windows and through the pages of Best Buy and Target Sunday circulars. “The Super Nintendo is here!” They called. Cold comfort to any child whose parents have made it very clear that they already are had a ‘Nintendo’.

Just a year after the PlayStation, the Nintendo 64 launched in 1996 and became the first console I could afford to buy with my own money. This week marks exactly 20 years since that system launched in the United States, and it’s a milestone I’ll never forget. My first encounter with the N64 isn’t etched in my memory just because it coincided with the release of one of the best 3D platformers of all time or because it was the first system to come with four-player modes as standard. For me it marked the beginning of the rest of my life.

Before I got any of my other teen jobs (like soda pop and record store clerk), I got a job as a video game reviewer. I hadn’t even become editor of my school paper when the Dallas morning news agreed to pay me $25 per article to review brand new games (and distributed those reviews nationally).

For backstory, back in 1996, I was a fresh-faced kid who fueled his 16-bit obsession with a year’s worth of free rentals earned from my local Blockbuster’s 1993 “Video Game Championships” contest. (I won the contest from my local shop again in 1994 (unfortunately I also lost the “regional” games both years.) Right when I saw a mention in the Dallas daily for “teen video game critics”. I thought I was imagining things. That’s one thing? That’s a job? For teenagers? Did they also need someone my age to review pizzas and cargo shorts?

I put my Brother word processor to work, and I furiously typed a cover letter and my first sample review—Earthworm Jim 2, complete with a cross-console breakdown of how it differed on Super Nintendo and Sega Genesis. (I don’t have the original text anymore, but I’m willing to bet I wrote the phrase “blast processing.”) I emailed it to the Dallas morning news, then I got a call back from my eventual editor, who invited me to a meeting where I chose from a huge pile of games. (The pile was mostly junk, so I chose the best looking game on the pile: the 1996 PC version of Need for speed.)

This was enough as a kind of final function test. Can you meet a deadline? Can you put together a sentence? Can you use the word “graphics” at least seven times? Presto: you are a columnist! I could send game requests, but I was expected to play whatever crap landed in my mailbox and review about two to three games a month.

“I need to start mapping out our coverage for the coming months,” the editor wrote in a memo to all contributors about a week later. “Who has next-gen consoles or is buying them this holiday season?”

I emailed him back within seconds to plant my flag: I wanted to be the paper’s N64 guy.

By this time I had worn out a copy of Next generation magazine with a Super Mario 64 cover function. I had dumped about a hundred bucks at a neighborhood burger shop Killer Instinct closet (“coming soon to the Nintendo Ultra 64”, it told me countless times). I was obsessed with the dazzling water effects of Golf race 64. I was under Nintendo’s 64-bit spell. I loved the spaceship-looking controller. I beamed the first time I tested the analog stick at a Blockbuster kiosk. I stared at those bizarre C buttons and imagined how they would “transform” future games. I’d even bought Nintendo’s BS about how much better game cartridges would be than CDs.

I’m sure I mentioned at least three quarters of that in my plea. The editor wrote me back later that day with a simple shrug of an email. Like, “Whatever, boy. Let me know when you buy your precious one.”

What if Lee had been my clerk?

In some cities, including Dallas, the Nintendo 64 launched a full week early thanks to a trade embargo break by the fine folks at Babbage’s (a gaming retail chain where my colleague Lee Hutchinson once worked). With the launch of the console approaching, I had started refreshing the main N64 news source on the internet, N64.com, about 12 times a day. (This was before the site succumbed to legal pressure and changed its name to IGN64.com.) I saw news of Babbage’s odd decision, called the store to confirm, and cashed in on a favor from my mom to get a ride to the mall .

I had $220 to my credit, a number I had only achieved by selling some beloved Sega Genesis games to Funcoland the week before. I couldn’t buy a game, or an extra controller, or a memory pack. Just the $199 system and associated tax, please, sir.

Why my mother didn’t drive at least 90 mph back to our house, I have no idea. It felt like waiting forever to connect my new system to a TV. I specifically remember the expectation and hope I had about what would happen if I connected this system. Maybe there would be a fun loading screen, like on the Famicom Disk Drive, or some kind of secret minigame that launched when the system had no cartridge. Perhaps my desperation with a lack of money would reveal an incredible hidden gem.

I believe I tested about 500 button combinations on the N64 controller while staring at the black screen with no cartridge. Sigh.

Finally, I had to wait for the console’s launch day to get my N64 gaming fix, which is when Nintendo sent me a review copy of Golf race 64. (It turned out that the newspaper provided a free N64 console and a copy of Super Mario 64; an adult staffer claimed it, the Mario review, and never contributed to the column again.) The Dallas morning newsonline filing system is pretty awful so my Golf race review is apparently lost in the cosmos, but I do remember hyperbolizing about the game’s “realistic” wave system. Golf race 64 still holds up pretty well in terms of recreating the feeling of bumpy jet ski races, but visually the whole thing looks like a shiny pool of endlessly bubbling gelatin.