The life-saving treatment thrown in the trash | Techilink 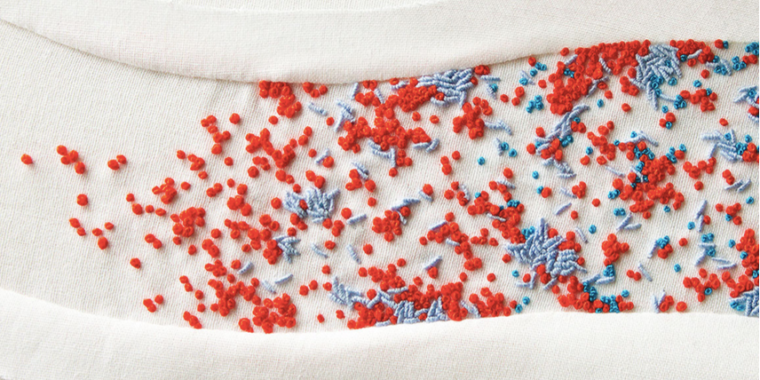 Transplanted cord blood can be used to treat or cure more than 80 conditions, from leukemia to sickle cell disease. For Mosaic, Bryn Nelson follows the story of one man, Chris. After being diagnosed with leukemia in his early 40s, his best chance for survival comes in the form of blood from three babies he’ll never meet, and whose names he doesn’t even know. This article was first published by Wellcome on Mosaic and is republished here under a Creative Commons license.

A few hours before he begins chemotherapy, a man named Chris looks at his cell phone camera with a mischievous smile and describes a completely absurd milestone at 1:37 p.m. on a Wednesday. “There is no more beautiful moment in a man’s life…” he says with puckish glee. Because how can you not laugh when you’re invited to store your sperm before getting “Godzilla-ed” with chemotherapy and radiation, all just four days after being diagnosed with acute myeloid leukemia at age 43 and a 5 to 15 percent survival rate?

Oh, and the fertility clinic forgot to send someone over with a test kit, and they close in just over 20 minutes, so you’ll need to turn on your iPad for some quick visual stimulation to help you fill a sterile tube. Just try to ignore the legal clearance papers around you and the catheter surgically inserted into your jugular vein.

And with no couriers available, your sister — who’s run half marathons to get in shape — bravely stuffs the freshly filled tube into her sports bra to keep it at body temperature before running the mile to the clinic. You imagine her arriving as the window closes, swinging to the counter and yelling, “Nooooo!in the slow-mo way they do in action movies. She hands over her precious cargo in the nick of time and exclaims triumphantly, “This is my brother’s!”

Nothing is normal about leukemia or its aftermath, and Chris Lihosit has chosen to deal with it by learning all about the disease and mocking its many humiliations and absurdities. While some people with Cancer are hesitant to share because they see it as a sign of weakness, he knows that humor and openness are a way to break the ice and maintain visibility.

On the last day of 2015, Chris received one of an estimated 40,000 cord blood transplants performed around the world to date. Umbilical cord blood contains so-called stem cells and progenitor cells, which can give rise to oxygen-carrying red blood cells, infection-fighting white blood cells and clot-forming platelets.

Transplanted cord blood can be used to treat or cure more than 80 conditions, from leukemia to sickle cell disease. Based on current research on autism, brain injury, cerebral palsy, type 1 diabetes, and cardiovascular disease, among others, the list of potential uses is likely to grow. Emerging strategies are even transforming umbilical cord blood left over from birth into a powerful potion that could provide life-saving treatments for nuclear disaster victims.

Stem and progenitor cells are also found in the spongy marrow in some bones and in the blood that circulates through our bodies. But umbilical cord blood, once dismissed as medical waste, is particularly rich in these cells. As researchers are discovering, it may also bring other important benefits.

However, while an umbilical cord blood transplant can save your life, it’s far from easy going through the process and starting over – your survival to an anonymous baby.

The first cases of leukemia were documented some 200 years ago. The earliest known reports, by Scottish surgeon Peter Cullen in 1811 and French surgeon Alfred Velpeau in 1827, describe a baffling condition characterized by an enlarged spleen. Cullen described the mysterious transformation of his patient’s blood serum from a clear pale yellow to a “milky” liquid. Velpeau was equally amazed at what he compared to a thick gruel, leading him to conclude that his deceased patient’s blood was full of pus.

As we now know, bone marrow produces cells called “blasts” that take time to grow into infection-fighting white blood cells. But leukemia sends production into overdrive, filling the blood with blasts that don’t develop as they should. This army of immature cells crowds out the useful cells, making the host highly vulnerable to internal bleeding or foreign invaders.

Although the risk factors for leukemia are only partially understood, scientists have linked it to genetic conditions such as Fanconi anemia and Down syndrome, and to exposure to radiation or toxins such as benzene. However, the uncontrolled growth of abnormal white blood cells has provided an opening for drugs and radiation therapies that selectively remove the body’s fastest-growing cells. As a last resort, doctors may deliberately kill all leukemia-riddled blood and bone marrow cells and attempt a full reset with someone else’s blood-forming stem cells.

In early August 2015, Chris Lihosit fell ill with an exhausting, dehydrated, and pajama-soaked fever that mysteriously disappeared two days later. During a checkup on his 43rd birthday, his doctor named summer flu as the most likely culprit.

Then the same thing happened again, and it turned into a disturbing pattern: chills during the week and an escalating fever that would break on Sunday. By Monday, Chris would feel fine, only to have the sequence repeat itself. He joked about it with colleagues at T-Mobile, where he works in software development: “Well, I hope it’s not cancer!”

On alternate weekends from May through October, Chris volunteered as a backwoods ranger for the US Forest Service—a physically demanding role that saw him patrolling Washington’s Cascade Mountain forests and hiking high-elevation trails with a backpack that could hold up to 70 pounds. weigh. But now, even at sea level, he was running out of breath with his two dogs around the block. What the hell was going on?

A medical appointment revealed a heart murmur and suspicions of endocarditis, an infection of the inner lining of the heart. The scare led to another set of tests that led Chris and his husband, Bill Sechter, to Emergency Room 4 at the University of Washington Medical Center.

A whiteboard checklist documented his Saturday morning: the insertion of a large diameter IV as a possible passageway for antibiotics, a round of blood draws, and conversations with the ER doctor. Then the phone rang and the nurse answered, listened and answered several questions in rapid succession: “Yes. Yes. Oh okay. OKAY. Yes.” He excused himself out of the room and soon returned in a “full hazmat suit,” as Chris describes it. Yellow.

“And then we were like, ‘Oh shit, it’s on. Something is seriously bad.’”

Chris discovered that his level of infection-fighting neutrophil cells, normally produced by the bone marrow, had dropped so low that his defenses were in tatters. He also suffered from severe anemia, with about half the normal amount of red blood cells in his blood.

It wasn’t endocarditis. And when one of his doctors took a blood smear, she saw something on the microscope slide that shouldn’t be there: explosions. Stuck in adolescence, these leukemic cells heralded the coming hurdle that had so puzzled 19th-century surgeons.

The doctor apologetically broke the news and Chris and his sister burst into tears. In an emotional Facebook post later that day, he added a photo of himself in a hospital gown and pink face mask, writing, “This open agnostic could actually go for your good juju/positive thoughts or even your (gasp) prayers.”

More tests, including a bone marrow biopsy of his pelvic bone, painted an increasingly troubling picture. He had acute myeloid leukemia, a rapidly progressing cancer. The biopsy suggested that as many as 80 percent of his bone marrow cells were cancerous. Hit one.

Other results suggested that chemotherapy would not be as effective on his form of leukemia. Strike two.

And genetic tests put him in the unfavorable risk category by revealing that his cancer cells carried only one copy of chromosome 21, a rare abnormality associated with “dismal” outcomes, according to recent studies. Strike three.

Chris had to start chemotherapy immediately. But first he had his semen hoarded. Then, with family and a close friend by his side, he celebrated his upcoming treatment with sirloin steak and cheap champagne smuggled into his hospital room.

Over three days, he was given multiple doses of the anti-cancer drugs cladribine, cytarabine and mitoxantrone, the latter a dark blue concoction often referred to as “Blue Thunder.” In other patients, the whites of the eyes temporarily turned blue.

On the third night of his drug infusion, a sudden backache grew into an intense pressure on his chest that felt like he was being stabbed. A heart attack? An emergency CT scan instead revealed two newly formed blood clots: one in his right leg and another in his right lung — not uncommon consequences of chemotherapy.

For the next six months, Chris would need transfusions of blood-clotting platelets when his level got too low, and daily injections of a blood-thinning drug when it got too high. Thirteen days after being hospitalized, he posted a more hopeful message on Facebook: “And I’m finally going home! Now the real adventure begins.”