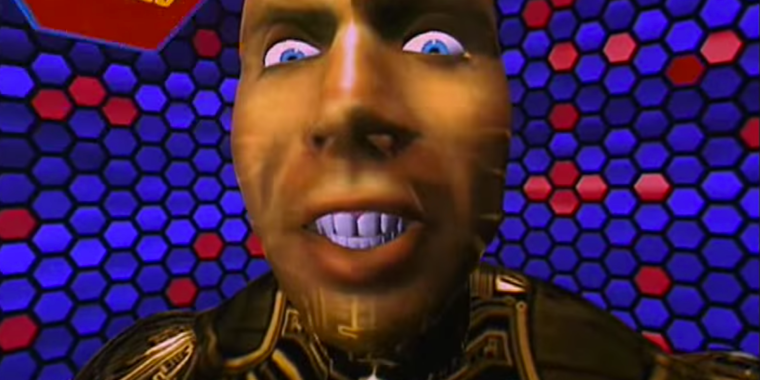 This year, Sundance looks poised to continue the trend, marking the kickoff of the fest by announcing a VR project that no one necessarily asked for: The lawnmower man.

On Thursday, Jaunt, a 360-degree video production company, announced a series of upcoming projects that will require VR headsets. Lawnmower Man stands out on this list as the only one based on a previously known film, although the only names currently associated with the project are the “right holders.” No directors, writers, actors or production dates have been announced yet.

That means we’re probably looking at a basic realization of the original story, which, not to mention, was such a corruption of Stephen King’s original short story of the same name that he filed a lawsuit to have his name taken off the film. King’s version had nothing to do with exploring how virtual reality headsets could shape the future, let alone about Pierce Brosnan wearing white shorts, training chimpanzees to fight VR wars, or engaging in VR wars. with VR assault.

For now, we can only surmise that the default first-person character of Jaunt’s new Lawnmower Man can add a very meta-character to the “VR is bad” plot. Also, like the rest of Jaunt’s current lineup, it will likely debut as a 360-degree video version, as opposed to the kind of fully-tracked experience where players can move and maneuver naturally. (Conversely, if the project were all retro style, smartphone processors could load the low-poly models as a full VR experience. That would be a saving grace for this project’s source material.)