The last time the earth was this warm, the sea level was a lot higher | Techilink 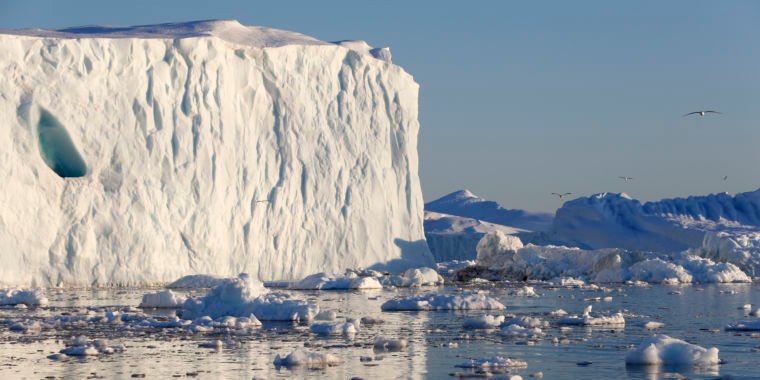 Earth’s climate system moves slowly because the atmosphere and oceans take time to reach new equilibriums. As a result, there are some questions about climate that are much easier to answer in a thousand years than in, say, the next hundred years. For example, looking at changes in sea level in the past, it could take thousands of years for the planet’s ice to reach equilibrium. But we can use those views of the past as a foretaste of what lies ahead.

During the previous lull between ice ages, about 120,000 years ago, sea levels were about six to nine meters higher than today because the cycles in Earth’s orbit that drive the “ice ages” were in a particularly warm phase then. But exercise precisely how warm that world was compared to the present time has been difficult. Have we already reached that temperature due to man-made warming, or are we still a few degrees off? Estimates based on natural climate records vary, making it hard to say how much sea level rise we are committing to.

A group of researchers led by Jeremy Hoffman at Oregon State University collected a large number of temperature records from seafloor sediment cores around the world to calculate the best possible average.

They collected 104 individual sea surface temperature records from 83 different sediment cores. Each record is based on a chemical proxy known to be related to water temperature, such as the ratio of magnesium to calcium in the shells of the tiny plankton called foraminifera. Much of the hard work here is precisely aligning each core record on a single timeline — synchronized with ice core records — and carefully calculating the uncertainties to get the error bars right.

The researchers compared these numbers to the UK Met Office database of sea surface temperature measurements dating back to the 1870s. They used averages from two time periods: 1870-1889 and 1995-2014. In each case, sediment core records were compared to instrumental measurements from the same site.

(Note that these are sea surface temperatures; the atmosphere has warmed faster.)

So if the planet stops warming and stays where it is now, the past gives us an idea of ​​how much sea level rise to expect in the long run. It would take much more than a century to complete that ascent, but we’re looking at more than five meters of elevation in the ocean.

The regional pattern of temperatures during the last interglacial period was different because the cause of the heat – orbital changes – was different. Then Earth’s tilt and orbit brought stronger sunshine to the poles; the greenhouse gases that cause the current warming are distributed worldwide. Compared to the late 19th century, the tropics were cooler 125,000 years ago and the mid to high latitudes were warmer. Such analyzes are also useful for climate modelers, who use simulations of past climate changes to test how well their models capture all the physics of Earth’s complex climate system.

Humans are currently turning up the planet’s thermostat much faster than natural processes have done in the past. Still, we learn a lot by discovering how the planet has reacted to different set points on the ground thermostat. We know that we have already warmed the Earth enough to cause sea levels to rise significantly. The more complicated question that researchers keep trying to answer is, “How fast will it rise?”