The incredible journey of the electronic plastic bottle | Techilink 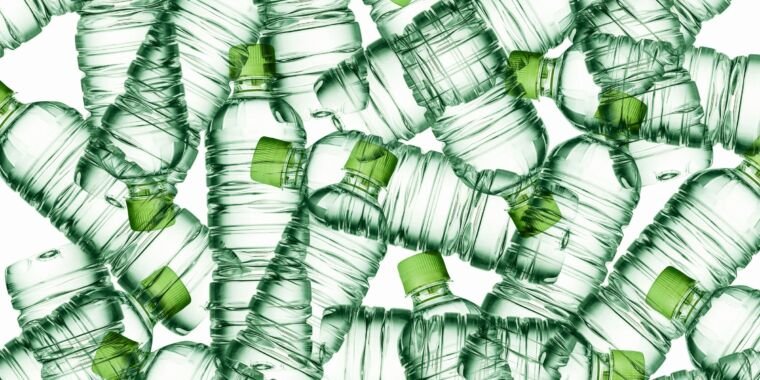 Someone who lived along the Ganges River in India recently received a gift that we can safely say that no one on Earth had ever received it before. At first it must have looked like an ordinary plastic bottle floating on the river, except for the rod sticking out of the top, like a sailboat with a mast but no sail. The donor, who remains anonymous, must have become curious and ripped open the 500-milliliter bottle to discover that it was, in fact, full of electronics. Those included a SIM card, which the person inserted into a mobile device and then logged into Facebook.

“The reason we knew it was up and running was when we got the bill,” said Alasdair Davies, a technical specialist at the Zoological Society of London. You see, Davies, along with conservation scientist Emily Duncan of the University of Exeter and other researchers, had not long before released the bottle and nine others into the Ganges as part of a clever experiment to show how plastic pollution moves through rivers and eventually to the sea. Using SIM cards, the ill-fated flask and its companions were able to connect to cell towers every three hours as they traveled down the river, recording in great detail how far and how fast the devices traveled. One sailed 380 miles in 51 days.

But this particular bottle had gone rogue. The researchers planned on the SIM card with no more than 100 megabytes of data, since each upload to a cell tower took only 2 kilobytes. This card had collected 300 megabytes of data. “We were like, ‘How the hell did our bottle use 300 megs of data?’” recalls Davies. So they looked at the location logs and saw the bottle jump out of the river and land in someone’s home — not typical behavior for an inanimate object. “Then it went offline and then the data started piling up,” he says.

While some bottles traveled many miles over many weeks, others lost their ability to communicate their location. Still others appear to have become entangled in fishing nets. But that’s not a waste of an electronic research bottle, quite the contrary. “It gives a bit of realistic data about what happens to plastic,” said Duncan, lead author of a new paper in PLOS ONE describing the system. “Some can be taken out of the river, and some can get entangled in fishing gear there. So our setbacks also give us a realistic picture of what is happening.”

Duncan and Davies actually cobbled together two generations of electronic bottles. Their first-generation devices, the ones that sail along the Ganges, had plenty of cell towers to ping along the way, so a SIM card would suffice. But the researchers also wanted to see how plastic bottles would behave once they’re in the ocean. So they equipped a second generation with GPS. Here they took inspiration from their previous work tracking sea turtles: GPS works great in the open ocean, far away from any cell service. (Their designs are open source, so any plastics researcher can build their own designs and even improve the system.)

For both versions of the device, they had to figure out how to make an electronics-filled tube behave like a real piece of plastic waste. “It’s really all about the center of gravity,” Davies says. For example, they couldn’t charge all the batteries on one side of the bottle. They also left an open cavity in the bottle so that the trapped air would provide the buoyancy, leaving about half of the device above the waterline and half below it. Critically, the bottle had to orient itself so that the antenna pointed toward the sky, not the river floor.

“We played a lot in buckets in our backyards, bobbing the bottles, testing configurations and making sure it was just right,” Davies says. “The right wall thickness – the right” everything– until we got something that would look like a bottle. So we threw another bottle next to them, and they would float in the same direction.”

Relying on the seaworthiness of the GPS versions of the bottles, the team has deployed them in Bangladesh, at the mouth of the Ganges and also in the Bay of Bengal. The researchers then watched the devices shoot along similar trajectories around the Bay of Bengal. One bottle has traveled nearly 1,800 miles in 94 days. They tended to move west, towards the east coast of India, only to get entangled in strong vortex systems. “On the map we see that a kind of spiral is starting to form,” Duncan says. “That’s the indication of where we might find accumulations of plastic.”

And that turns out to be the point of carefully designing plastic bottles to survive grueling journeys down the Ganges and across the Bay of Bengal: It shows where waste collects in these waters. Previously, scientists had developed models — based on variables such as ocean currents, winds and the shapes of coastlines — to show how bits of plastic might travel through the environment. These models indicate that waste tends to cling to the shore, washing out a little way and then back in again and again. The findings of this new work provide strong real-world evidence to support those dynamics: The electronic bottles tended to hug the shoreline and travel hundreds of miles parallel to it rather than immediately washing far into the sea.

“Oceanographic models can provide valuable insight into how plastic is likely to move in the ocean,” said Nicholas Mallos, senior director of the Ocean Conservancy’s Trash Free Seas program, who was not involved in the new research. “But using real-time plastic tracking tools can help us uncover perhaps previously unknown things.” For example, where could plastic end up in open ocean sinks? Could critical habitats be disproportionately threatened by plastic accumulation?

“Overall, one of the biggest gaps we’ve had is trying to establish how far plastic moves in the environment,” added Mallos. “Many researchers will even ask: where is the missing plastic? Because we’ve quantified how much is likely going into the ocean, but we haven’t been able to fully quantify it yet true all that plastic ends up just because of the vastness of the ocean.”

The data collected from these electronic bottles could help inform how humanity is tackling the ocean’s plastic crisis. In 2018, a group called The Ocean Cleanup deployed a 600-meter-long, U-shaped catcher in the Great Pacific Garbage Patch, where plastic waste is known to accumulate. Oceanographers immediately panned the idea, both because the catcher would inevitably break in two (yes, it did), and because it’s a distraction from more preventative solutions. That would tackle the pollution much further upstream, to prevent it from reaching the ocean. To this end, Baltimore Harbor has deployed two ‘interceptors’, affectionately known as Mr. Trash Wheel and Professor Trash Wheel, who gobble up floating plastic before it can reach the Atlantic Ocean and store it in ships for disposal. It’s such a good idea that The Ocean Cleanup has created their own version for deployment at the mouth of the world’s rivers.

As these new electronic bottles clearly demonstrate, plastic can float hundreds of miles, and perhaps more, downstream in rivers. That kind of resilience shows that the pollution is determined to eventually reach the ocean. You also have another problem: there are hundreds of kilometers of riverbanks along which new pieces of waste can enter the system. In other words, it’s not just coastal cities that fill rivers with plastic bottles making a journey of maybe a few miles out to sea, but cities along the river.

Bottles are only part of the problem: A galaxy of other plastic products, such as containers and packaging, is making its way into rivers and the sea. How would they all behave once they reached the water? Duncan and her colleagues may one day adapt their technology to find the answer by tucking trackers into even smaller pieces of trash. “Because the technology moves so fast and everything gets smaller and lighter so easily, it would be really interesting to actually get something that you can just stick on the crisp package or a plastic bag,” Duncan says. “Something much lighter, that doesn’t affect how it moves, and to be able to track these pieces as well.”

And because this project is open source, researchers around the world can build their own sensor-packed plastics. So the next time you’re strolling along a river and complaining about the pollution floating by, keep in mind that those pieces of garbage could actually be scientific spies.