The Grand Tour season 2: the one where Hammond almost dies… again |Techilink 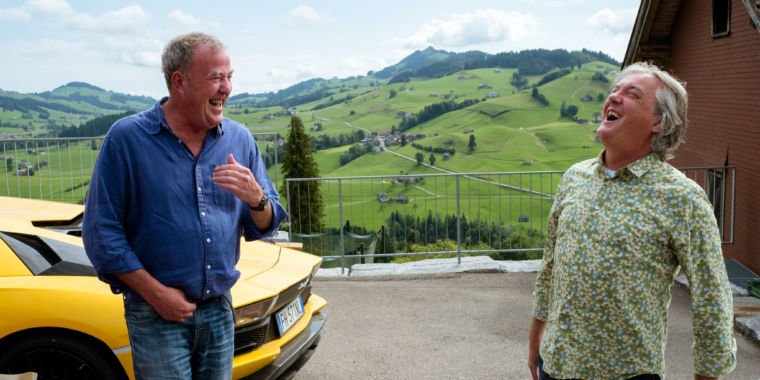 Warning: This post contains some spoilers about the first episode of the new season of The Grand Tour.

Some say it is the biggest auto show in the world. Others say it started well but had a very patchy first season. All I know is that The Grand Tour came back to Amazon Prime on Friday for a second season.

If you like the first season of The Grand Touryou will have a good old time with season 2. The idea behind the show is to keep all the bits you loved Top gear but without angering the BBC’s lawyers. And based on the season preview clips we saw during the intro to the first episode of season 2, there should be plenty in store, especially the episode featuring a Bugatti EB110 and a Jaguar XJ220. But if you find Jeremy Clarkson’s antics uncouth, be warned; Season 2 is much more of the same in that regard.

As possibly the most illegal TV show ever, you probably don’t need me to explain the concept behind it The Grand Tour to you. But just in case: Top gear alumni Clarkson, James May and Richard Hammond drive cars in various places around the world, funded through Amazon’s deep pockets after Clarkson’s behavior ultimately proved unacceptable to the BBC.

Happy Clarkson et al. have listened to feedback in their downtime. Some of the clunkier elements of the first season have been omitted. Mike Skinner – the American “he’s not a Stig, honest” race car driver – has been preserved, along with that strange test track that was wrapped around a power station.

And the celebrity deaths segment is gone, too, but special guests still show up and compete against each other in a Jaguar F-Type on a new, partially paved, partially unpaved track. This week we have Baywatch‘s David Hasselhoff and someone named Ricky Wilson (no, I don’t know who that is either). I could have done without this piece completely, because it just drags on.

On the season opening journey, our three heroes drive through the past, present and future of the supercar. The setting is Switzerland; perfect for stunning aerial shots of twisting mountain passes and exhausts spewing fire in long tunnels.

Clarkson, as you might expect, is opting for the past – in this case a Lamborghini Aventador, 12 cylinders with naturally aspirated sound and power covered in bright yellow paint. May, who represents the present, has the Acura NSX. It’s a hybrid, with an electric motor for each of the front wheels, plus another that works with the twin-turbo V6 at the rear. May even points out how smart his A-pillars are, something he may have picked up here at Ars.

And then there’s Hammond. As a harbinger of the future, it is equipped with the Rimac Concept One. It’s a hand-built electric hypercar from the same company that provides EV engineering know-how to companies like Koenigsegg, as well as “Monster” Tajima’s Pikes Peak race car. Hammond’s need to be within range of a DC fast charger imposes certain geographic restrictions on our intrepid adventurers, including requiring our meat and drink dogs to spend several days in a (dry) spa.

For the most part, their adventures are all pretty funny, and the scenes with the cars in action look and sound like anything you’d want them to be. It’s not exactly a spoiler to say that everything is turning into disaster since footage of the incident has been on YouTube since June, but it all ends in tears for the EV. Which makes me wonder why people keep letting Hammond drive fast cars because he keeps breaking them and ending up in the hospital.

I’ll be honest, I spent most of the episode swearing at Hammond over the TV, knowing what was ahead. And I think Clarkson’s current character iteration is a tired parody of his older, funnier self. But most of the show was entertaining enough to remind me why Amazon gave them such a fat check in the first place.