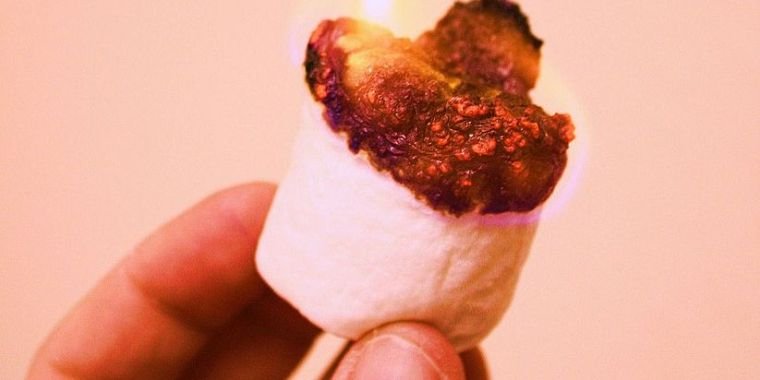 The mountain of scientific studies on the harms of excess dietary sugar is really just a house of cards — a thin stack of weak conclusions based on low-quality data. And the international dietary guidelines based on those studies – which urge people to cut back on sweets and sugary drinks – are disingenuous and cannot be trusted.

At least that’s what a review from this week would have you believe. To arrive at those bold claims, the authors used questionable methods, subjective judgments, and money from the food and beverage industry. In fact, one of the lead authors is on the scientific advisory board of Tate & Lyle, one of the world’s largest manufacturers of high fructose corn syrup.

Health experts and researchers were quick to criticize the review — and its blatant bias. “While close scrutiny of dietary guidelines is warranted, we believe this review is an example of the ‘politicization of science,'” Dean Schillinger and Cristin Kearns, health experts and researchers at the University of California, San Francisco, wrote in a statement. accompanying editorial. . “Politicization occurs when an actor overemphasizes the inherent uncertainties of science in order to question scientific consensus.”

In other words, the recent review is a kind of gaslighting: the authors are trying to delegitimize and downplay a slew of peer-reviewed data and analysis, deny scientific consensus, and cloud our reality into questioning established conclusions.

This isn’t the first time the food industry has tried to mess with research for its own benefit — it’s actually surprisingly common. In the 1960s, sugar industry executives secretly handed hefty checks to unscrupulous Harvard researchers so that they would downplay sugar’s role in heart disease. The move contributed to decades of dietary guidelines that emphasized eliminating fats and cholesterol from your diet, but not sugars. This misinformation fueled the popularity of low-fat (but potentially high-sugar) diets and foods.

Now that independent researchers have established the harms of excess sugars, including their role in the current obesity epidemic, consumers are getting the message to cut back. So the sugar industry has its manipulative work to do. Fortunately, the press is tuned in to the potential threat of scientific subterfuge. Much of the media coverage of the new review has noted the authors’ conflicts of interest and criticism from other researchers. What is striking, however, is the bravado with which the industry continues to try to influence research and public perception.

The review, published in Annals of Internal Medicine, was sponsored by the International Life Sciences Institute (ILSI), a trade group funded by Coca-Cola, the Dr Pepper Snapple Group, Hershey, Mars, Nestlé USA, PepsiCo, Tate & Lyle, the Kraft Heinz Company, Unilever and others . The two lead authors are Joanne Slavin, a nutrition scientist and nutrition researcher at the University of Minnesota (and advisor to Tate & Lyle), and Bradley Johnston of McMaster University.

Together with their colleagues, Slavin and Johnston tried to chart nine dietary guidelines from different health organizations and countries, including those from the US federal government and the World Health Organization. Their stated motivation for doing so was that the guidelines were not all the same, which “may lead to confusion and raise concerns about the quality of the guidelines and the underlying evidence.”

However, as Schillinger and Kearns pointed out, the nine guidelines, which contain 12 specific recommendations about sugar consumption, were written between 1995 and 2016 — plenty of time for researchers to research and experts to refine recommendations. All guidelines urged people to limit or reduce the amount of sugar they eat to avoid things like weight gain, cavities, and “nutrient displacement” (i.e., eating sweets when you could be eating something with nutrients, such as fruits or vegetables). ).

But the guidelines differed on the extent to which cutbacks should be made. Recommended limits for “added” or “free” sugars (those added during food production) ranged between 25 percent and less than 5 percent of total energy consumption. However, the three most recent guidelines (all from 2015), from the US government, WHO and Public Health England, almost agreed: less than 10, 10 and 5 percent respectively. In particular, the 2002 guideline recommending the highest levels of added sugars (less than 25 percent) was funded in part by the ILSI.

Once their targets were selected, the authors set to work reviewing the guidelines and data behind them. They used two established evaluation methods: one designed to assess clinical practices for treating sick patients (not health guidelines); and another that the WHO used when reviewing its own dietary guidelines. For the former, the authors came up with their own scoring system from one to seven. And with the latter, the authors reassessed the WHO guideline and inexplicably lowered the scores. They argued that there were suddenly inconsistencies in body weight evidence in sugar studies, and they disagreed with the WHO on evidence linking sugar to cavities.

In addition to the subjective assessments, the authors also made some puzzling assessments. For example, the authors criticized the U.S. federal dietary guidelines for Americans for being “unclear” about the source of funding, despite the funding clearly coming from the federal government. The authors also gave the guidelines a poor mark for not disclosing some data and methods, but the FBI posted an extensive online appendix containing that information, plus a 500-page supplemental report, also online.

Overall, the review concludes that: “The quality of the available evidence to link sugar to health outcomes was generally rated as low to very low.”

In his critique of the review, Barry Popkin, a nutrition professor at the University of North Carolina at Chapel Hill, said The New York Time that the authors “ignored the hundreds of randomized controlled trials” that documented the harms of excessive sugar intake.

“They ignored the real data, created bogus scores and somehow got through a peer review system that I can’t understand,” he said. “It’s quite amazing.”

In a written statement to the press, Annals of Internal Medicine Editor-in-chief Christine Laine said they decided to publish the review and accompanying critical editorial because it was “of great interest” to their audience.