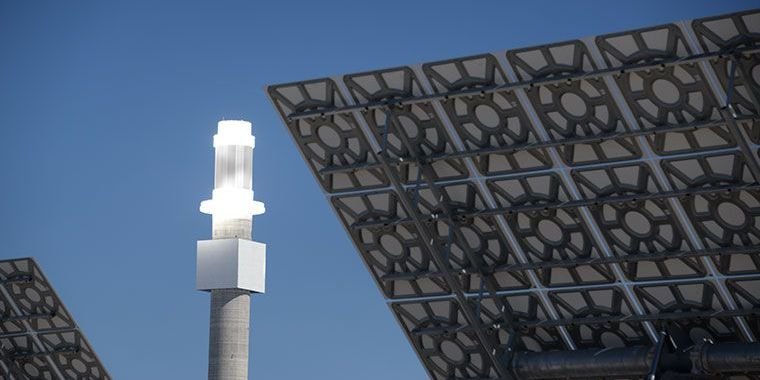 It is not always easy to compare the value of electricity generation resources. Coal, natural gas, solar, wind, and so on have different strengths and weaknesses, so when it comes time to build or replace energy capacity, economists look to the Levelized Cost of Energy (LCOE), which divides or plant by the kilowatt-hours it produces during its lifetime.

While private financial firms such as Lazard calculate their own LCOE figures, the Energy Information Administration (EIA) also compiles an annual report projecting the LCOE for various sources of generation. The report, released this month, looks at the cost of generation sources if they came online in 2019, 2022 and 2040.

The latest figures seem to confirm recent trends in energy markets: in general, some renewable energy sources are becoming more attractive, others are struggling, and coal has been definitively dethroned.

The EIA calculated the LCOE for generation assets in 22 US regions and then took the simple average of those regions as the national number. Once federal tax credits and energy regulations are taken into account, a rough estimate of the cost per unit of energy produced is possible. In general, the lower your LCOE, the better, as it usually means you’re getting more kWh for your money. (There are exceptions, however. If the LCOE analysis is applied to, say, a solar installation on a building, it is undoubtedly the right choice to invest in efficiency improvements for your building before installing a solar panel, even if it marginally increases your costs and reduce the amount of kWh you need. Learn more about the limitations of the LCOE below.)

The analysis of MER for 2019 is limited, because the installations that will be deployed then are already underway. Coal, offshore wind, geothermal and nuclear energy are not represented in the 2019 data. Because builders can still take advantage of federal tax credits, onshore wind and solar photovoltaic (PV) are dirt cheap, at $39.30/MWh and $58.80/MWh.

The more interesting figures are found for 2022 and beyond. Five years into the future, the EIA believes the most expensive energy sources will include:

The EIA only found LCOE numbers for coal plants with some degree of carbon capture due to recent updates to the Clean Air Act, which require plants to meet specific CO2 emission standards. Coal-fired power stations that cannot meet those emission standards cannot currently be built.

On the other hand, electricity generation sources that will be on the cheaper side when commissioned in 2022 include:

Geothermal energy was the cheapest of all sources in the EIA’s analysis, taking into account tax credits that are expected to be extended through 2022.

State-of-the-art nuclear plants deployed in 2022 will hit right between the low and high end, at $99.1 per MWh.

Fast forward to 2040, and the EIA thinks prices won’t change much from the 2022 projections. There are a few exceptions, of course. Some of the energy getting cheaper includes:

On the other hand, the cost of geothermal energy increases by about $10/MWh due to an increase in fixed maintenance costs.

But this is by no means the whole story

But of course, comparing power generation resources isn’t that simple if you want the most compelling and complete story about which resources are best deployed in a particular region of the US.

The EIA says looking at the LCOE alone is an imperfect way to study power-generating plants because it doesn’t directly compare the cost of each kilowatt-hour of a new plant to the cost of moving kilowatt-hours.

This equation, found in what is called the Levelized Avoided Cost of Energy or LACE, can help economists and analysts make decisions if, for example, a resource like solar can only operate during the day or a resource like wind sees fluctuations based on the seasons. The usefulness of a solar installation depends on the availability of sunlight in a particular region and may not be able to compete with a more reliable natural gas plant, but solar electricity may also be cheaper to produce in the middle of a hot August day than electricity from a fossil fuel-powered plant. fuel-fired peak plant requiring a start-up period and cooling. If a resource replaces energy that is more expensive to use if that first resource were to run, that would be reflected in a LACE analysis.

The EIA said it looked at 22 different regions in the US and came up with LACE values ​​for each type of energy by comparing that generation project to a new generation project most likely to be built given the existing energy mix in that region.

According to the EIS, once the LACE values ​​have been drawn up, it is instructive to compare the LACE and the LCOE of a project. If the avoided costs are greater than the levelized costs (LACE – LCOE > 0), then that resource is attractive for an energy company to convert.

The EIA writes that the “net difference between LACE and LCOE provides a reasonable point of comparison for first-order economic competitiveness between a wider variety of technologies than is possible using LCOE or LACE tables in isolation.”

Here LACE-LCOE values ​​provide an interesting insight into what could be built in 2022 and 2040 (2019 was left out of this calculation).

We start with the expected losers for whom the average LACE does not exceed the LCOE in 2022. These include:

The EIA predicts that these forms of energy will not be attractive to build in most regions without another external factor present.

Other technologies balance between favorable and unfavorable, probably due to significant regional variation in whether that resource is attractive to build or not.

The EIA’s projections for 2040 seem to be narrowing: coal with 30 percent carbon removal has an average net LACE-LCOE difference of -56.1, so it’s unattractive to build, but less than 18 years earlier. Offshore wind is at -63.3 and solar thermal at -112, but the average net difference from onshore wind is 3.3 and solar PVs at 8.2. Advanced combined-cycle natural gas plants are apparently still attractive to build this far beyond the EIA’s projection, which is 7.8.

The future can be guessed, not known

There are some obvious winners and losers: geothermal, natural gas, onshore wind and solar PV in the former, and coal, nuclear, solar thermal and offshore wind in the latter. But all of these estimates are projections, and they all take into account tax credits that will expire in five years or less.

It’s hard to say exactly what will happen in 2022 – we know that the EIA’s projections on wind and solar were too conservative even a few years ago. We already know that advances in offshore wind turbines and wind pattern projection could make that form of energy much cheaper than it is today. And if removing carbon from a coal plant’s emissions becomes more economical, that could also change the LACE-LCOE gap. For now, though, the EIA’s analysis is a good way to get a broad overview of future investments in the US energy mix.