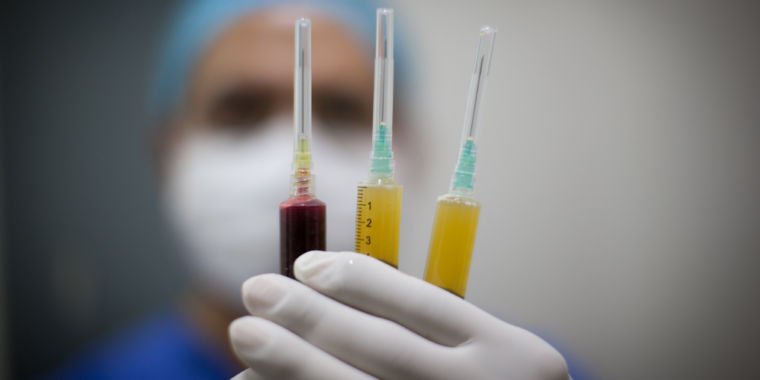 Earlier this year, doctors reported the case of three women who went blind after having stem cells derived from their own fat injected directly into their eyeballs — a procedure for which they each paid $5,000. When they looked at how those women came to pay for such treatment, the doctors noted that at least one of the patients was lured by a list of studies on ClinicalTrials.gov — a site run by the U.S. National Institutes of Health to register clinical trials. While none of the women ever took part in the study — which never took place and has since been retracted — it was enough to make the treatment appear part of legitimate, regulated clinical research.

But it wasn’t. And according to a new analysis in the journal Regenerative medicineit’s not the only case of dubious and potentially harmful stem cell therapies lurking on the revered NIH site.

At least 18 purported studies listed on the site offer similar stem cell treatments for which participants have to pay — unlike most studies, which compensate participants instead of charging them for experimental treatments. These studies, sponsored by a total of seven companies, claim to develop therapies for a wide variety of conditions, such as erectile dysfunction, type II diabetes, vision problems, Parkinson’s disease, premature ovarian failure and chronic obstructive pulmonary disease (COPD). However, these studies are largely unsupported by preliminary research. None of them have Food and Drug Administration approval, though the agency has published a draft guideline suggesting these treatments are subject to FDA regulation. And some studies only receive ethical approval from review boards with apparent conflicts of interest and history of rebukes from medical boards and the FDA.

“Some of these studies, I mean, they’re just so outrageous,” article author Leigh Turner, a bioethicist at the University of Minnesota, told Ars. But to hook patients, a ClinicalTrails.gov listing is helpful for stem cell clinics, he explains. “An important thing these companies have to do is they have to look legit, they have to look credible,” he explains. “Listing studies on ClinicalTrials.gov is in some ways very smart from a marketing perspective – and really dangerous.”

They’re taking a government-funded website to support clinical research, he said, and using it as a “marketing platform.”

In his article Wednesday, Turner argued that the NIH should tighten restrictions on registering studies on the site. At the moment, registration is largely based on the honor system. It is up to study sponsors to accurately record whether their study is subject to FDA regulation.

“Some of these studies, I mean, they’re just so outrageous”

Many of the stem cell clinics claim that their work is not regulated by the FDA because they treat each patient with the patient’s own stem cells, called autologous stem cells. In many cases, tissue is harvested from a patient – often adipose tissue collected using liposuction – and then the tissue is processed in some way to obtain stem cells, which are injected back into the patient to perform one of the treat various ailments. This was the case for the three blind patients treated at a clinic called US Stem Cell (formerly known as Bioheart, Inc.).

Autologous treatments are exempt from FDA regulation if the cells “are not manipulated more than minimally” before being returned to the patient, the FDA noted to Ars. But a draft guideline that the agency has not yet enforced states that processing and isolating stem cells from tissue, particularly adipose tissue, is not exempt. According to the draft guideline, this procedure involves cells that are “more than minimally manipulated” because it alters the “original relevant characteristics” of the human tissue.

Commenting to Ars, the FDA said that once the guidelines are finalized, it will be able to exercise proper oversight of these stem cell treatments. In the meantime it said:

“We recognize that there are a number of clinics operating that do not register with the FDA. Consumers are encouraged to contact the FDA and appropriate government agencies in their jurisdictions to report any potential illegal or harmful activity related to stem cell-based products. We also encourage patients and healthcare providers to report adverse reactions associated with cellular therapies to the FDA.”

For now, stem cell clinics are overseeing the FDA. Without enforcement, the only barrier to registration on ClinicalTrails.gov is for an IRB — institutional review board — to sign off. These councils provide ethical oversight for a clinical trial and must be registered with the FDA.