The congressional pharmacist hints that some members have Alzheimer’s, and backs away in a rage | Techilink 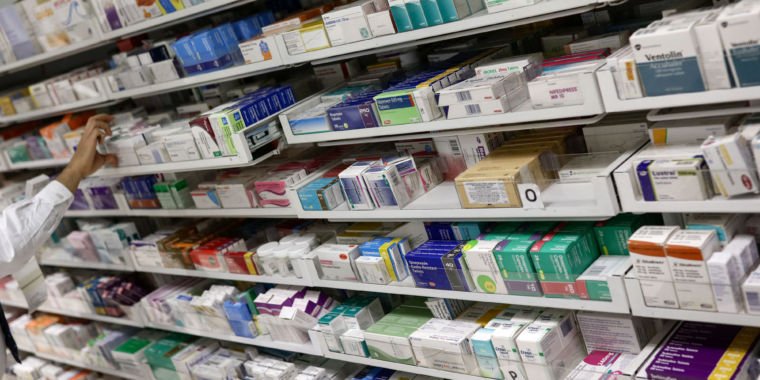 Wednesday morning, stat published a piece about the quaint, old-fashioned pharmacy that hand-delivers prescription drugs every day to our hard-working Congressmen on the Hill.

While the piece focused on the history and workings of the pharmacy, the internet focused on one dazzling part:

Mike Kim, the reserved pharmacist-turned-pharmacy owner, said he’s gotten used to knowing the most sensitive details about some of Washington’s most famous people.

“It’s cool at first, and then you realize I’m filling some meds that are also for pretty serious health issues. And these are the people who run the country,” Kim said, listing treatments for conditions like diabetes and Alzheimer’s.

“It makes you sit back and say, ‘Wow, they make the highest laws in the land and they may not even remember what happened yesterday.'”

The section clearly suggests that some members of Congress have Alzheimer’s disease or another medical condition that may affect their ability to function in their jobs.

Internet responded quickly. Vox did a piece highlighting the section. People on Twitter expressed their dismay at the revelation and apparent breach of trust.

Now Kim is kicking backwards. In a follow-up story to stathe tried to set the record straight by saying he was only speaking in “hypothetical” terms.

I spoke very broadly about disease conditions that the general American population has and that it also applies to everyone, including members of the US House and Senate, as they are also people like you and me.

He continued and added:

I am not aware of any member who actually has Alzheimer’s disease and would certainly not disclose such information if I did know…patient privacy is a very serious matter that I am committed to abiding by.

As Vox emphasized, the original disclosure does not appear to violate patient privacy laws because it did not identify any specific patients.