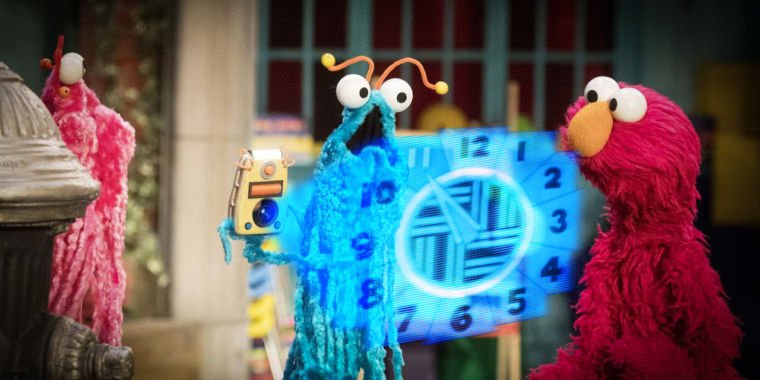 Congratulations on your 50th birthday, Sesame Street† One of America’s best-loved television series has changed a lot since its November 9, 1969 premiere, but in fantastic news there’s one thing it’s not: the core business of educating children and instilling in them a love of learning.

Even today, Sesame Street remains the leader in this department. In a modern world of paw patrol and calliouTV series aimed at the preschool set can feel less educational and more like reasons for parents to set their hair on fire. Shows like Doc McStuffins and Wallykazam! bring focused classes, but not nearly as diverse an age group, and their unique focus means one focuses on either literacy or science, not both.

There was nothing on television like Sesame Street when it premiered 50 years ago, and the truth is, there’s still nothing quite like it now. (That’s a big reason why it was such a valuable asset to HBO in 2015.) Over the years, the show has always been on the front lines of what’s important in teaching kids. And as some of the show’s biggest hits demonstrate, long before educational advocates started popularizing the STEM (Science, Technology, Engineering, and Math) acronym, Sesame Street was already there with silly characters promoting serious lessons.

The “Yip-Yips”, a pair of blue and pink Mars explorers, were two of Sesame Street‘s early characters. In their quest to figure out how things work, they would interact with different pieces of technology. Beginning in 1971, they showed up to interact with devices that children should learn to use: telephones, clocks, radios, etc.

As technology progressed, the Yip-Yips began to communicate with other devices, such as computers. In the year 2000, Sesame Street aired entire episodes focused on making kids comfortable with home PCs, and the Yip-Yips were there to help. like two of Sesame Street‘s most memorable muppets (start howling at someone between the ages of 25-50, hopefully they’ll know the reference right away), that just made sense.

Before you can add, you have to count. The Earl has been preaching this gospel for five decades, but the most effective count cut the series ever made was this one. This animated segment had 12 versions, celebrating numbers one through 12. Featuring a funky earwig sung by The Pointer Sisters, it was something a child could easily remember long after the TV was turned off, and later sang to herself, even if she didn’t quite understand the words to the song and the concept of counting. brought together. It’s so memorable that modern pop music references it, like the riff line on Janelle Monae’s “Many Moons.”

Around the same time as the Pinball segments, Sesame Street introduced “Monsterpiece Theater”, a parody of the neighboring program Masterpiece Theater on PBS, which became a household name in the 1970s when it won the Emmy Upstairs Downstairs† The earliest clips were straight parodies of whatever aired (“Me Claudius”) or classic movies (“The 39 Stairs”). But these soon became short bits of math, a somewhat surprising twist given that the host was not the Earl, but “Alistair Cookie.”

He introduced dishes like ‘1 Flew Over The Cuckoo’s Nest’, ‘Hill Street Twos’, ‘Lethal Weapon 3’ (complete with the stars from that film series) and ‘Gone With The Wind’ (jerk off). Today’s fans know and love Sesame Street for recent parodies of prestigious TV such as ‘Game of Chairs’, ‘Sharing Things’ or the ever-popular ‘Star S’mores’, all of which have been viewed millions of times on the official YouTube channel. “Monsterpiece Theater” is where the show started with such work.

“Put the Duck Down”

How do you learn holistic concepts such as resolving cause and effect and ‘if this, then that’? It’s a difficult concept for small children to grasp, but the sooner they do, the easier it is to understand basic programming. It’s the part of STEM that isn’t mentioned in the acronym, but it’s probably one of the most important connections for kids to make.

It’s a difficult idea to teach a three- to four-minute TV segment. Sesame Street not only did it come up with it, but the series did it with one of the show’s most memorable songs from the 1980s: the big band Hoots The Owl-led song “Put Down The Duckie”. The chorus—”You gotta put the duckling down if you want to play the saxophone”—isn’t just fun to sing, it’s a whole philosophy of reason that applies to many of life’s problems. It eventually became so popular that the show did a second, celebrity-heavy version for its 1988 “Sesame Street Special.” (Best part: The song is still hitting all these years later.)

In the 1990s, Sesame Street became more aware of inherent biases built into the original program, especially the lack of leading female muppets. In response, it added the “Around the Corner” set, introduced muppets like Zoe and Natasha, and produced segments where female muppets explicitly host STEM angled concepts. For the latter, they brought in the long-running character Prairie Dawn to host segments first dubbed “The Little Blonde Scientist Show.” Fortunately, they were renamed “Prairie Dawn, Scientist” in later sketches.

Like many of the ’90s and early ’00s additions, these didn’t necessarily bring a new spark to the show. Instead, they fit in perfectly with what was already there, only with a female muppet as the central figure (someone who was actually with the program from the start). No fanfare, no hassle. It’s just another funny segment, and it doesn’t really matter much about the casual shot, so kids watching wouldn’t find it remarkable either.