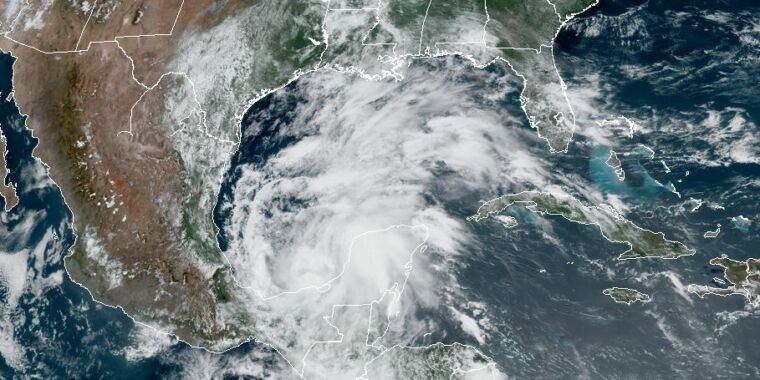 Last year’s Atlantic hurricane season was among the top five most active years on record. The third storm, Chantal, did not form until August 20.

In contrast, today is June 2 and the third storm of the year in the Atlantic has just formed. About noon East, the National Hurricane Center named Tropical Storm Cristobal — a system that winds around the southern Gulf of Mexico at 40 mph winds.

This is the earliest ever in the Atlantic season (which, imperfect as it may be, has records dating back to 1851) that the third named storm formed in any given year. The previous earliest “C” storm was Colin, on June 5, 2016.

And Cristobal is probably more than a historical curiosity. The storm is trapped in a large ocean circulation known as a gyre, and high pressure over the northern Gulf of Mexico also hinders its movement. As a result, Cristobal is likely to waddle around Campeche Bay until at least Friday. This will cause heavy rainfall in southern Mexico and parts of Central America this week.

By Friday or Saturday, Cristobal should find enough weakness in the high-pressure ridge to move north into the central Gulf of Mexico and toward the United States. Sunday morning, the National Hurricane Center estimates Cristobal will have turned into a strong tropical storm with sustained winds of 65 mph. But there is great uncertainty about this, because it is not known how much time the already teetering center will spend the next few days over Mexico, if any. An extended period over Tabasco state or other areas could significantly disrupt the storm’s circulation.

By this weekend, however, Cristobal should move to the United States in some form or another. Just as there is with the intensity of the storm, there is also a lot of uncertainty about Cristobal’s trail. Ensembles of major global models generally show a trail toward Louisiana, but it’s far too early to rule out the storm turning more northwest, toward Texas, or further east toward the Florida panhandle.

The bottom line is that by the end of this week, a tropical system will likely be in the Gulf of Mexico, en route to the United States, over waters warm enough to support intensification. The time for preparations is now final.