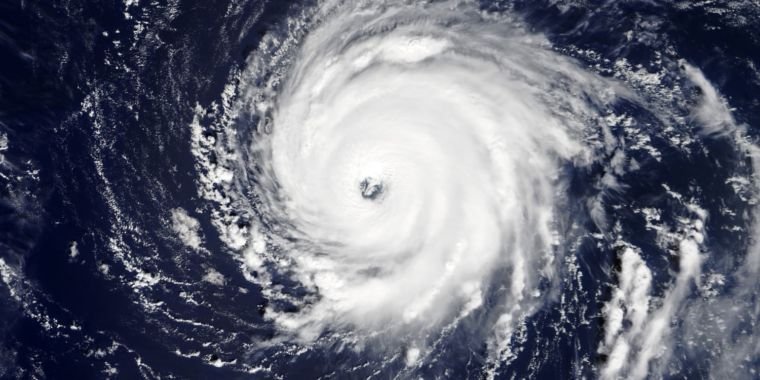 The United States was already tense over the Atlantic tropics as the month of September began, as Hurricane Harvey had just slammed through Texas, causing devastating inland flooding across much of the state, including the nation’s fourth-largest city. Harvey could end up being the costliest hurricane on record to hit the US, although damage has not been officially assessed.

But this Category 4 hurricane was just a prelude to what was to come in September. Five hurricanes would form – Irma, Jose, Katia, Lee and Maria. Four would become major hurricanes. Two of the storms, Irma and Maria, would reach Category 5 status and wreak havoc, especially in the Caribbean islands and to a lesser extent in the mainland United States.

Now the Atlantic tropics have finally calmed down. No named storms remain and there is only a small chance that another storm will form within the next five days. And so ends the busiest month ever recorded in the Atlantic Ocean.

September is typically the busiest month for hurricanes in the Atlantic Ocean, Caribbean Sea, and Gulf of Mexico. This is because the conveyor belt of low-pressure systems moving from the west coast of Africa to the Atlantic Ocean peaks during this period, tropical ocean waters begin to warm, and wind shear is typically quite low across the basin.

So when September 2017 set a “calendar month” record for total Atlantic activity, it set a record for each month in a given year. (As always, we have to make reservations when it comes to hurricane records. While the data goes back to the 1850s and reanalysis projects have attempted to build confidence in earlier records, it’s not until the onset of satellites in the 1960s that we begin to have a complete record of the Atlantic hurricane activity.)

In short, this month’s storm activity was unprecedented in recent years. But given the problems with the dataset described above, that’s hard to say how unprecedented, and for how long. Climate change is believed to make the strongest hurricanes more intense, but there is no data or climate models yet to suggest that there will be more tropical storms and hurricanes in a warmer world.

That said, while the Atlantic Ocean has been abuzz with tropical activity over the past month, much of the rest of the Northern Hemisphere’s tropics have been relatively calm. In particular, the Northwest Pacific basin, which is typically more than twice as busy as the Atlantic at this time of year, has been quiet this summer and early fall (see charts below).

In the northern hemisphere, tropical activity has more or less leveled off this year. Based on the collected cyclone energy statistics maintained by the state of Colorado, the “normal” value for the Northern Hemisphere through October 1 is 403.7 units. This year it measured 411.3, a statistically insignificant 2 percent increase.