That SpaceX/NASA launch is a big deal, right? We asked an astronaut who knows… | Techilink 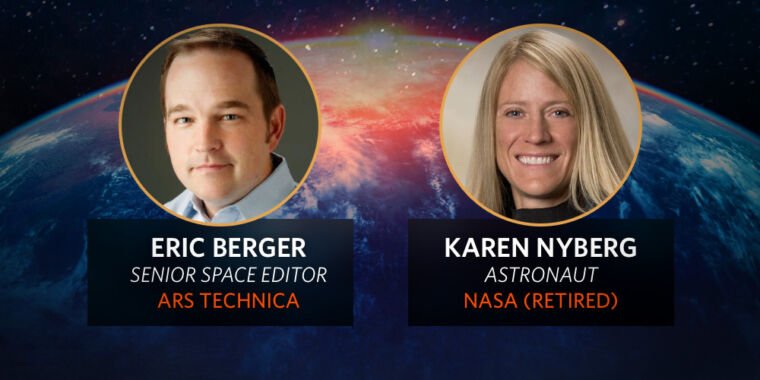 Next week finally seems to be the time for American astronauts to return to the International Space Station American missiles.

For nearly a decade, NASA and the US space industry have relied on Russia and its Soyuz rocket for rides to and from the ISS. But ever since NASA awarded development deals with Boeing, Sierra Nevada Corporation, SpaceX, and Blue Origin in the spring of 2011, the hope has always been that one of these private U.S. companies could become the nation’s next space taxi service (the first private company to So). SpaceX made it to the launch pad ahead of its competitors, and now many space enthusiasts will eagerly watch what happens on May 27 when the company’s Falcon 9 rocket lifts off from Kennedy Space Center at 4:32 p.m. ET (8:32 p.m. UTC). . †

Recently retired NASA astronaut Karen Nyberg knows the fear and excitement of launch day very well. She served a total of 180 days in space in 2008 and 2013, flying both the space shuttle and the Soyuz vehicle into orbit. To prepare for her six-month stay on the ISS, Nyberg spent months learning the Russian language and traveling to Russia and Kazakhstan, even though it kept her away from her young son. And next week, she’ll be keeping a close eye on the big launch from SpaceX and NASA — her husband, fellow astronaut Doug Hurley, is the commander of SpaceX’s first Crew Dragon mission.

Crazy and exciting at the same time, right? This Thursday, May 21 at 3:00 PM EST (1900 UTC/12:00 AM PT), Ars Technica Senior Space Editor Eric Berger will sit down with Nyberg to discuss the personal and professional challenges of taking on the unknown in our next Ars live chat. They’ll talk about her career, how she and Doug met as astronaut candidates, what it was like to raise a son in space, and her feelings ahead of this high-profile, upcoming mission.

In this socially distancing, video chat, Nyberg will answer questions from Ars and readers to help us understand how monumental this moment could be and how Hercules’s task of going to the ISS in 2020 still is. The discussion will take place via the live streaming app Periscope and will be hosted on the Ars Technica Twitter Account (@arstechnica—you can definitely @ us with questions). But we’ll also be embedding the video below once things get going for those who prefer to be on location. In the meantime, let us know what you want to ask by sharing the most pressing questions that concern you in the comments below.