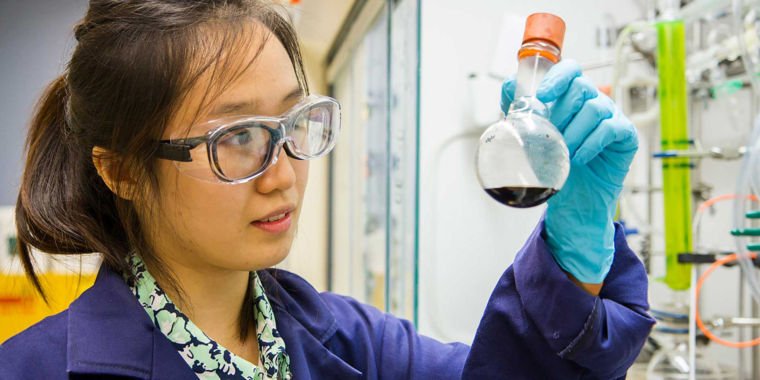 Yesterday, the U.S. House of Representatives passed its version of a tax bill that would lower corporate tax rates and change several deductions. While most of the arguments over the bill have focused on which tax brackets will end up paying more, an entire group of individuals appears to be specifically targeted by a measure that could increase their tax liability by 300 percent or more: graduate student researchers. If maintained, the changes could be crippling for US research.

Many graduate programs in business, medicine, and law can afford to charge high tuition fees. That’s partly because these degrees are in high demand and partly because the students know they can earn very high salaries upon graduation.

PhD programs are nothing like that. Despite typically taking five to six years to complete, a doctoral student is likely to earn only $44,000 after graduation if funded by the National Institutes of Health. Even four additional years of experience won’t raise the salary above $50,000. Therefore, if they charge tuition fees, they will not be able to repay their student loans. This would almost certainly discourage anyone but the independently wealthy from attending research-oriented graduate programs.

Instead, research institutions have typically operated a system whereby graduate students have taught classes and conducted research in exchange for tuition waiver. (Many universities have a more general arrangement where their employees and their families also receive tuition waivers.) In addition, the university typically arranges funding to pay the student a stipend for housing and food — effectively a salary. This system has been enough to keep graduate programs filled with students, who do much of the grunt work for American research efforts.

This system is enabled in part by a specific section of the US tax code, Section 117(d). That defines college tuition discounts as non-income and therefore non-taxable. Another part of Section 117(d) defines this as applying to Teaching and Research Assistants, even if they are not formally employed by the University.

The house bill would eliminate this section entirely. As a result, the cost of graduate tuition, which is often determined by lucrative fields such as law and medicine, will be considered income if waived. As a result, graduate students would be taxed as if they were earning their stipend plus the full cost of their tuition, even though they saw only a fraction of that money. In other words, a graduate student living on a $25,000-a-year stipend may suddenly become taxable on an income of $75,000 or more. Many graduate students are foreign, which can cause additional complications.

This could be financially disastrous for current graduate students, and would greatly discourage future students from applying for a research-oriented degree, especially since the huge tax bill would apply to all five or six years of a program.

It is conceivable that universities will have the option of reworking their programs so that each department has its own tuition, allowing research-oriented programs to charge a minimal tuition fee. But many graduate programs are not structured for that, which means that the university would have to completely reorganize its departmental structure to remedy such a situation. Other options, such as naming the students as employees, won’t work because the bill also makes employee exemptions taxable (plus employees would have to pay their student loans for college). By paying students a stipend large enough to cover tuition, they would also have to pay taxes on it.

It is likely that Congress simply targeted college employees rather than graduate student researchers. But the problem with graduate research was identified fairly quickly: News reports indicating it would affect about 145,000 students circulated nearly a week ago. Still, the amendment remained in the House version of this bill that eventually passed.

The Senate version, which is still pending, does not have this provision, so for now there remains a chance that it will not appear in final drafts of the bill that survive negotiations.