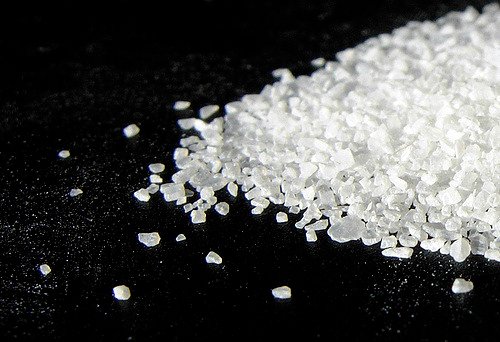 When plastic waste finds its way to the sea, it eventually breaks down into small fragments that return to us in salty spices, Malaysian researchers report in Scientific Reports.

In a study of 16 sea salts from eight countries, researchers found all but one of the microplastic particles lurking. In total, the researchers collected 72 particles from the salts and used micro-Raman spectroscopy to identify their components, mainly plastic polymers and pigments.

The amount of microplastics in the salts was so low that they pose no health risk, even though the only salt you ever eat is sea salt and you eat a lot of it. However, the flavored pollution is still worth keeping an eye on, the researchers say.

It’s not the first time researchers have traced plastics through the food chain. Plastic waste that enters waterways is known to break down and be picked up by critters. Previous studies have found microplastics – plastic particles between 1 and 1,000 micrometers in size – in other seafood, such as fish and clams. But until now there had been no proper research on salts.

Using filters and the spectroscopy, the researchers found one to ten particles in the 16 brands of salt – they didn’t report which brands they looked at. (They initially had a 17e brand in the study, but they threw it out because it had calcium sediments clogging their filters.)

Most of the fragments they found were shards of old plastic products that showed signs of weathering. This helped to exclude contamination from packaging material.

In terms of composition, the most common polymer particles were polypropylene and polyethylene, followed by less frequent polyethylene terephthalate, polyisoprene/polystyrene and nylon-6. They also found pigments, including phthalocyanine, chromate yellow and hostaperm blue. These can be found in all kinds of plastic products, polyacrylic fibers and paints.

Based on their findings and data on global salt consumption, the researchers estimate that humans could consume about 37 microplastic particles from sea salt per year—in the event that all the sodium in their diet came from sea salt. By contrast, previous research estimates that shellfish-loving Europeans can consume up to 11,000 microplastic particles per year. It is not yet clear whether that amount poses a health risk.