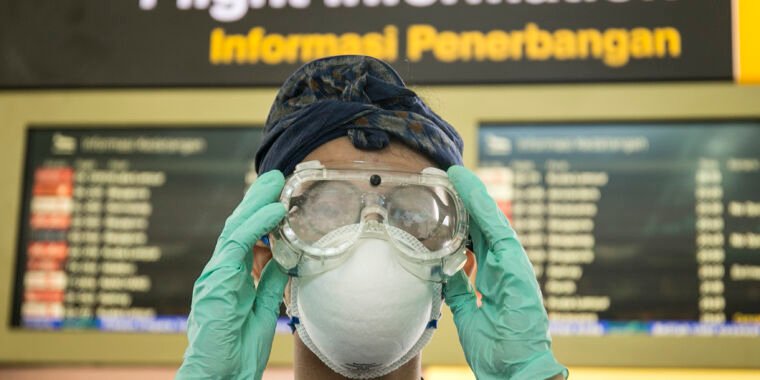 The Chinese businesswoman who spread the 2019 novel coronavirus (2019-nCoV) to four colleagues in Germany while reportedly had no symptoms of the infection did have symptoms, according to a news report in Science.

The woman’s case, published Jan. 30 in The New England Journal of Medicine, was considered the most clearly documented evidence that the new viral infection could quietly spread from asymptomatic people. Public health experts are particularly concerned about such transmission, as it could facilitate the spread of disease and negate outbreak control efforts, including screening travelers for symptoms, such as fever.

“The fact that asymptomatic individuals are potential sources of 2019-nCoV infection may warrant a reassessment of the transmission dynamics of the current outbreak,” the authors of the NEJM paper concluded.

World Health Organization experts have repeatedly said that even if asymptomatic spread does occur, it is likely a minor source of infection; coughing and sneezing people are just much more likely to spread the virus.

In addition, the corrected version of the NEJM article may point to a more pressing threat to outbreak control: the fact that all five cases in the cluster were mild and unremarkable during the standard cold and flu season.

According to the new report in Science, the businesswoman’s 2019-nCoV infection symptoms were not recognized because they were mild, masked by over-the-counter drugs, and — most notably — the authors of the NEJM article did not speak to her before the article was published. .

The woman, a Shanghai resident who had visited Germany from January 19 to 21, tested positive for 2019-nCoV in China on January 26. The other four cases were identified in Germany on January 28, and the case report appeared in NEJM just two days later.

Without direct communication with her prior to publication, the authors of the NEJM article relied on the stories of her four ill colleagues in Germany, who said she did not appear ill during her visit.

But government health officials in Germany were later able to reach the woman from Shanghai by phone. People who were aware of the details of the call told Science she said she felt tired, had muscle aches and was taking a fever reducer during her visit.

Officials from the Robert Koch Institute (RKI), the German government’s public health agency, have sent a letter to NEJM informing them of the error in the article, said an RKI spokesperson who spoke to Science.

One of the NEJM authors, Michael Hoelscher of the Ludwig-Maximilians University of Munich Medical Center, told Science they should have been clearer about where they got the information about the woman’s symptoms. “If I were writing this today, I would phrase it differently,” he said.

Another author of the article, virologist Christian Drosten of the Charité University Hospital in Berlin, said: “I feel bad about how this went, but I don’t think anyone is to blame here. Apparently the woman could not be reached at first and it was felt that this should be communicated quickly.”

Drosten went on to say that – despite the correction – the five cases highlight a potentially dangerous feature of this outbreak, that is, the infection may not be very dangerous.

“There is an increasing sense that patients are only experiencing mild cold symptoms when they are already shedding the virus,” he said. “Those aren’t symptoms that prompt people to stay home.”

As the outbreak continued to escalate, experts have noted that the virus appears to be more contagious than initially thought and that early responses to the outbreak focused heavily on identifying the most serious cases, such as those involving pneumonia and respiratory distress. That focus may have missed the spread of mild diseases, which may be much more extensive than what’s already known.

As of Tuesday morning, there are reports of 20,704 cases worldwide and 427 deaths. According to the latest figures from the World Health Organization, about 13.5 percent of cases are severe, although that estimate could change drastically if many mild cases are missing, which is likely.

Of the outbreak cases, just over 200 are located outside mainland China, spanning about two dozen countries. Some of those countries have reported limited person-to-person distribution, including the United States.

The US Centers for Disease Control and Prevention have so far confirmed 11 cases in the country, including nine travel-related cases and two cases of person-to-person transmission within the US under close contacts. The first case identified in the US, a 35-year-old in Washington state, has been released from hospital and is now in isolation at home. The second identified case, a Chicago woman in her 60s, has been described as “fairly well” and is being hospitalized primarily for isolation purposes.

“The appearance of the exported cases, I think, really supports the argument that there are a lot of mild diseases that are currently undetected in China for the very good reason that they just can’t do it,” Dr. Allison McGeer recently told Stat News. McGeer is an infectious disease researcher at Mount Sinai Hospital in Toronto who helped respond to other emerging coronavirus outbreaks, namely those behind Severe Acute Respiratory Syndrome (SARS) and Middle East Respiratory Syndrome (MERS).

Public health and media experts are now making predictions about how the outbreak will develop — whether it will be contained and extinguished or become a pandemic (i.e., with global spread), and whether it could reappear intermittently or will join the four common coronaviruses. cousins ​​who are constantly circulating among the people.

The answer, of course, is still unclear, and for now the CDC still considers the risk to the general U.S. public to be low.