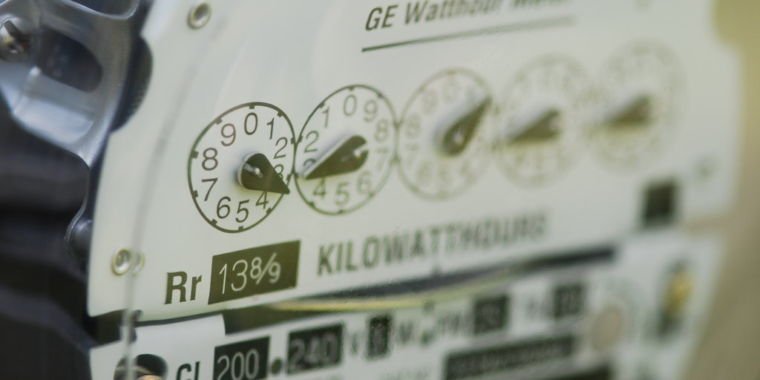 Sometimes a beautiful data set emerges in the wild that just begs to be analyzed. When a Swedish housing company decided to convert about half of its apartments so that tenants paid for their electricity, a natural, controlled experiment was born. Three economists – Mikael Elinder, Sebastian Escobar and Ingel Petré – loved it.

The data they collected helped clear up a somewhat obscure question about how people respond to economic stimuli. Elinder and his colleagues found that most people didn’t actually change their behavior much, but the top 20 percent of electricity consumers reduced their consumption so much that the total electricity use in the buildings fell by 24 percent. The implication is that when electricity was included in the rent, the cost of these freeloaders was invisible to them. Once they had to pay for electricity themselves, it was good for the planet – and everyone else’s wallets.

So it is difficult to find out which of the two options results in better energy efficiency. There is some evidence that individual meters are better, but that data is based on small studies and there are some conflicting results. Good information on the subject is needed to inform policy – ​​and some policymakers have already gone ahead without much evidence.

Enter the Swedish housing company, with approximately 1,800 apartments in two different parts of Stockholm. All apartments started with bulk meters, each measuring the electricity consumption of about 80 apartments and common areas such as laundry rooms and stairwells. Electricity was included in the rent. In one area, in 2007, when the dataset begins, the apartments switched to apartment-level electricity metering and billing. In addition to the individual meters, these apartments also had bulk meters.

In 2011 individual meters were installed at a further 800 bulk meters and the rent was reduced accordingly. Elinder and colleagues were able to compare the bulk meter readings of both groups of apartments and see how the new individual meters changed things.

As soon as tenants were informed of the regulation change in June 2011, large-scale meters showed signs of lower energy consumption and fell by about six percent. After the meters were installed in November/December, consumption fell by another 12 percent. The authors suggest that the tenants were probably not yet engaging in behavioral changes such as turning off unused appliances, but that they were beginning to switch to energy-efficient appliances and incandescent light bulbs.

After the first bills came in in March 2012, average usage fell another 6 percent, for an overall reduction of around 24 percent. However, this reduction covers the total electricity consumption of all buildings, including common areas. Since usage in washrooms and stairwells was not controlled by the tenants (and thus probably remained the same), the decrease in usage within the apartments was probably greater. The researchers estimate it was actually more like a 36 percent drop — about the equivalent of three 60-W constant-burning light bulbs in every 750-square-foot apartment.

The change also lingered. The reduced rate continued from March 2012, when the first bills came in, through 2015, when the dates ended. “We can be fairly confident that we interpret the effect of this policy change as permanent,” the authors write.

There was also some limited data available from individual meters, although only from 2012. This data enabled Elinder and colleagues to look at how individual apartments compare to others and rank the groups from highest to lowest power consumption. They found that the top 10 percent of energy consumers had massive drops in consumption, but for the other 90 percent, the drop was much smaller, often not statistically significant. Half of the total reduction came from this top 10 percent alone, and two-thirds came from the top 20 percent of energy consumers.

So while the overall drop in consumption was significant, most people didn’t actually change their behavior that much. The discovery suggests that we may not see an effect in certain types of studies because the typical person doesn’t actually change in response to this stimulus. Future experiments attempting to replicate these findings should take these data into account.

Can the newspaper make a difference on a global scale? That’s hard to say. The research took place in Sweden, where energy efficiency is already deeply embedded in the culture (which could explain why only a minority of people were energy guzzlers). Similar studies in other countries can help to find out how exceptional these results are.

It’s hard to say exactly how many apartments worldwide don’t have individual meters, but there are ways to estimate. With the caveat that this information is based on quite a few assumptions and estimates, the researchers suggest that if all apartments in all OECD countries were measured, the total energy savings could be equivalent to about five percent of the United States’ current annual consumption. States. .

The landlord in the study reported that the $270,000 cost of installing the individual meters could easily be recouped by not having to pay the utility bill, even after accounting for the reduced rents. So both landlords and tenants win, and freeloaders are the only losers. If the effect is similar in different populations, this could be a very popular and easy way to reduce a noticeable proportion of residential energy consumption worldwide.