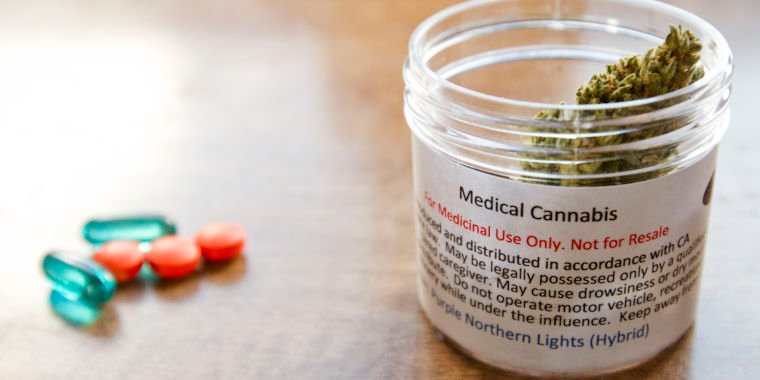 When patients are given the choice between opioids and medical marijuana for a painful condition, an overwhelming majority say they prefer marijuana, that it works just as well and has fewer side effects, a new study finds.

While the survey, which involved 2,897 medical cannabis patients, did not track actual drug use or efficacy, the findings are consistent with previous data. Decades of research suggest that marijuana is effective for pain management. And recent studies have shown that states with medical marijuana availability have fewer opioid overdose deaths and physicians are filling fewer opioid prescriptions.

The authors of the new study, led by Amanda Reiman of the University of California, Berkeley, say the data promotes the need to explore marijuana as a “viable replacement for pain treatment,” especially in light of the devastating opioid epidemic that is unfolding. now holds the country in its grip. . The Centers for Disease Control and Prevention reports that opioids killed more than 33,000 Americans in 2015 and estimates that 91 people die each day in the US from the highly addictive drug.

Although people who use marijuana can develop use disorders, it is virtually impossible to die from an overdose – no marijuana overdose deaths have ever been reported to the Drug Enforcement Administration.

“A society with fewer opioid-dependent people will result in less harm to public health,” the authors of the new study note write.

For their study, the researchers collaborated with (but were not funded by) HelloMD, an online community for medical cannabis patients. Of the 2,897 patients recruited for the study, 63 percent used marijuana for pain-related conditions, such as fibromyalgia, back pain and arthritis. About 30 percent, or 841 patients, also reported using an opioid currently or in the past six months.

The researchers found similar results when they asked about the use of non-opioid pain medications (see data above).

The research has limitations. For example, it draws from a self-selected group of cannabis users, so they may be biased. The survey data also does not contain actual data on drug use or its efficacy, only perceptions, which may be biased.

Researchers need more data to draw firm conclusions. But with the available data, the authors suggest that “providing the patient with the option of cannabis as a pain treatment in addition to the option of opioids could help provide pain relief in a safer environment with fewer risks.”