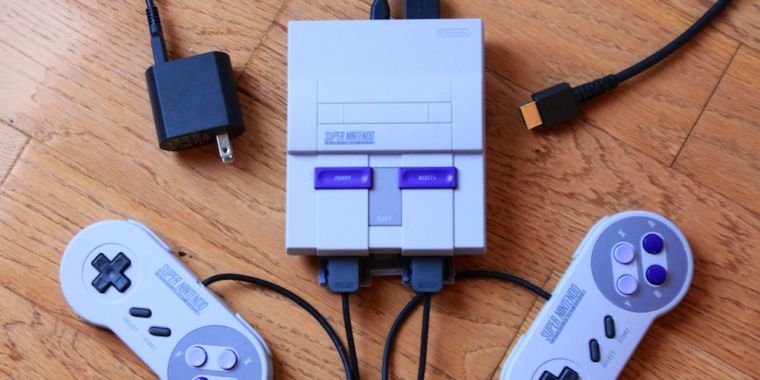 After guesses, estimates, and positive early testing, the Super NES Classic has emerged as a hackable little slice of gaming nostalgia — and pretty easy to hack, too. This weekend, the September device received a simple exploit in the form of hakchi2, a Windows program designed by a Russian hacker who calls himself “ClusterM”, which, among other things, allows fans to add many more games to the system than the default set. from 21.

If that sounds familiar, as opposed to gibberish, it’s because the same program and hacker showed up shortly after the launch of the Linux-powered 2016 NES Classic. ClusterM found a way to wrap that system’s FEL mode exploit (read a lot more about it here) into a neat Windows GUI, allowing fans to use Windows Explorer menus to load game ROMs, emulator cores, and even new art into their boxy ode to 80s Nintendo luck.

ClusterM announced plans to iterate its trick well before the SNES Classic hit stores, and its hacking hopes looked promising with the reveal, courtesy of Eurogamer, that the SNES Classic has a nearly identical chipset and board in comparison. with the NES Classic. Initial testing of the FEL mode exploit, which requires you to boot into a telnet interface to talk to Nintendo’s Linux box, proved promising, and ClusterM returned eight days after the system’s launch with a new hakchi2 version. – which now works with either “Nintendo classic” system.

To use ClusterM’s updated program, connect an SNES Classic to a Windows computer using a standard Micro USB cable, then run the hakchi2 program following all the on-screen instructions, including a few tapping buttons on your SNES Classic. This will back up your system’s original state and allow you to add new ROMs and other customizations while showing how much internal memory is left on your system.

Not every game works, but…

The great thing about the NES Classic hack is that the default NES emulator will work with just about any NES game thrown at it. The same can’t be said for the SNES Classic, as the Nintendo-developed emulator – which at least seems superior to the one on the Wii U – is choking on a few more games. In some cases, that’s due to a lack of support for certain custom chip implementations, while others are just getting out of hand in funky ways. (A full fan-created guide to games having trouble running the SNES Classic’s default emulator can be found here.)

But even the NES Classic didn’t have a 100 percent success rate with added, unofficial ROMs, and, very good news, the SNES Classic supports the same backup path of that system: RetroArch emulation cores installed. Fans have already confirmed that it will support more SNES games, along with a number of other classic consoles. Basically, if an emulation scheme worked on the NES Classic, it will work on this one too. (ClusterM provides a pretty easy way to load RetroArch on the SNES Classic as well.)

More enterprising hakchi2 users can also add two interesting new tweaks to the SNES Classic, although these require some telnet editing. First, users can now add custom “background” images, which fill the rest of the 16:9 screen and are not filled by the much smaller resolutions of the original games. (The SNES Classic only ships with a few of these, and some new ones created by the community, including two collections shared on NeoGAF, already look better than Nintendo’s offerings.) Even better, the SNES Classic had a custom “scanline” filter hidden in it, which can now be enabled with some command line editing. Based on my experience, I’d say this tricky update, which adds horizontal scan lines when the filter is enabled, is worth it. (Head here and here for guides on both.)