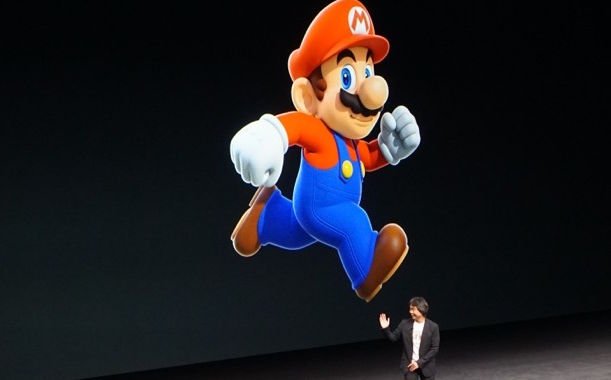 SAN FRANCISCO — Any question about Nintendo’s bullishness with smartphone gaming vanished Wednesday with the announcement of Super Mario run for iOS. The auto-running Super Mario game – and the first Mario game for smartphones – is launching in time for “holiday 2016,” and it was announced by none other than Super Mario creator Shigeru Miyamoto at Apple’s big press event in September. [Update: A Nintendo promotional video now pegs the game’s release window to “December 2016.” That video, which shows off how the game works, has been embedded below.]

After demoing the game, Miyamoto told the audience that the game is launching “at a fixed price so you don’t have to worry about having to keep paying”. The price has not yet been announced. Apple’s Tim Cook confirmed that the game will launch on iOS first.

“We want as many people as possible to enjoy playing as Mario,” Miyamoto told the crowd at the event in San Francisco through a translator. “They’re doing it first on iOS in a new game called Super Mario run.”

Miyamoto described the game as the first Mario game that anyone can play with one hand, because in-game Super Mario runs endlessly right on a smartphone screen held in portrait orientation. Just tap the screen to jump (and hold for bigger jumps) and tap while in the air to enable Mario’s “spin-float” move. The aesthetics and sound direction are largely similar to the New Super Mario Bros. 2.5D visual style and a short gameplay demonstration showed levels where players collect coins and occasionally jump left to move in the opposite direction.

A “Toad Rally” mode allows players to compete against friends and strangers in a “ghost” challenge mode, where players compete on the same level to collect the most coins and perform tricky jumps to “impress Toads” and win individual challenges. We’ll have to wait until later for more hard info on the game; Besides a lack of information on price and release date, Nintendo has yet to reveal how many levels or how much content we can expect to see in the game.