Study: Keep craft beer cool and drink it within three months for the best taste | Techilink 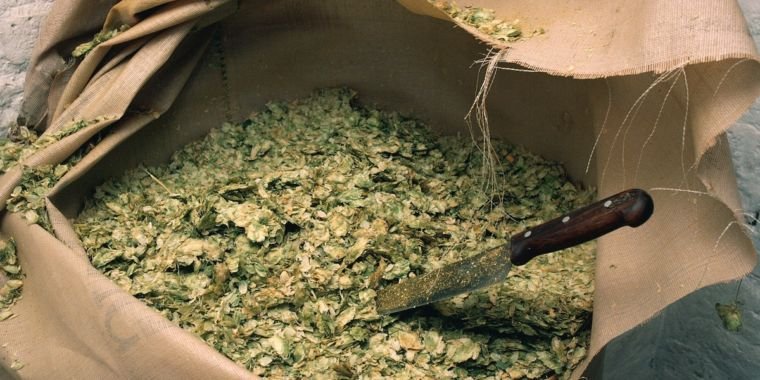 If you’re a fan of craft beer with a strong, hoppy flavor, listen to the science that says you should store your beer in a cool place and drink it within three months or so or it will lose that rich aroma. That is one of the main conclusions of a new study by German scientists published in the journal brewing science.

All beers contain hops, an important flavoring agent that also imparts useful antimicrobial properties with its rich aroma. (Without them, beer goes bad quickly.) To make beer, brewers mash and steep grain in hot water, which converts all that starch into sugars. This is traditionally the stage where hops are added to the liquid extract (wort) and boiled to give the beer that hint of bitterness. This changes some of the resins (alpha acids) in the hops into iso-alpha acids, creating a bitter taste. Yeast is then added to initiate fermentation, which converts the sugars into alcohol.

However, add too much hops and the beer will become so bitter that it is undrinkable. So in recent years, many craft brewers have started using dry hopping as a way to put more hops in beer without getting excessive bitterness. Hops are added during or after fermentation, after the wort has cooled. There is no isomerization of the alpha acids, so you get all that aromatic hoppy taste without too much bitterness. Brewers can use up to 20 times the usual amount of hops when dry hopping. (Watch out for “hop creep,” which can explode such bottled beers.)

“However, the aroma of dry-hopped beers is not very stable, which clearly limits the shelf life,” the authors write. German brewers typically use late hopping, with a portion of hops added at the beginning of cooking for bitterness and another portion toward the end of cooking for aroma.

But the German taste in beer is changing. “Twenty years ago, German beer drinkers wanted the traditional hop taste they were used to,” said co-author Martin Steinhaus of the Technical University of Munich in Germany, whose dissertation focused on hop aroma. Then beer consumption in Germany started to decline and brewers started looking for ways to use other flavors to appeal to younger beer drinkers.

This is a challenge because German brewers are subject to the purity law, which means that they are not allowed to use anything in their beers except malt, hops, water and yeast. So: “To make unique beers with a special character, but without extra ingredients, you need extensive knowledge”, says co-author Klaas Reglitz. “For example, you need to know which odor-active substances are present in the different hops, how high their content is, how they influence the beer aroma and how they change during the brewing process and storage.”

Steinhaus and Reglitz have worked with the hop industry to screen new varieties, especially those from the US, to identify key differences. For example, the hoppy taste of those late-hopped beers is largely due to a compound called (3R)-linalool, which gives citrus and floral notes. Other common aromatic compounds include myrcene (which smells like geraniums) and rose-scented geraniol. By far the most potent odorant in hops is the complicated name 4-mercapto-4-methylpentan-2-one (or 4MMP for short); it’s what gives certain craft beers that distinctive blackcurrant aroma.

4MMP is so potent that just a few nanograms per liter can significantly affect beer aroma. A previous study by Steinhaus and Reglitz showed that hops grown in America mainly contain large amounts of 4MMP (such as the hop varieties Citra, Eureka, Simcoe and Apollo). For this latest study, the scientists were interested in measuring how levels of 4MMP changed over time during beer storage. They developed a particularly sensitive technique for this. “The compound is very sensitive to oxidation, so we needed a very careful workshop procedure,” said Steinhaus.

They used a standard Pilsner beer as the base beer for the study, brewed with hops added at the beginning of the cooking, “so that it would not carry hop aroma compounds into the final beer, as they would have evaporated during the boiling process,” said Steinhaus They then compared levels of 4MMP in that base beer with filtered and unfiltered dry-hopped craft beers that had been stored over the course of six months at both 5°C and 20°C.

“Anyone who prefers beer with a strong hop aroma should not keep craft beer for long.”

Steinhaus suspects that the ability to build this particular aromatic compound is associated with American wild hops. “We couldn’t confirm that yet, because we haven’t been able to get American wild hops here in our lab,” he said. “But the wild hops in Germany do not contain this compound.” Steinhaus and Reglitz are currently negotiating wild hop samples with a hop producer in Yakima County, Washington, to test this hypothesis. They may even be able to identify the specific genes at work in American wild hops to breed new varieties – ideally those where you can get the same taste without adding too much hops.

There is another puzzling finding that requires further investigation. “We still don’t understand why we found more of these compounds in the filtered beer than in the unfiltered beer,” says Steinhaus. “You would expect the opposite. We have no explanation for that behaviour.”