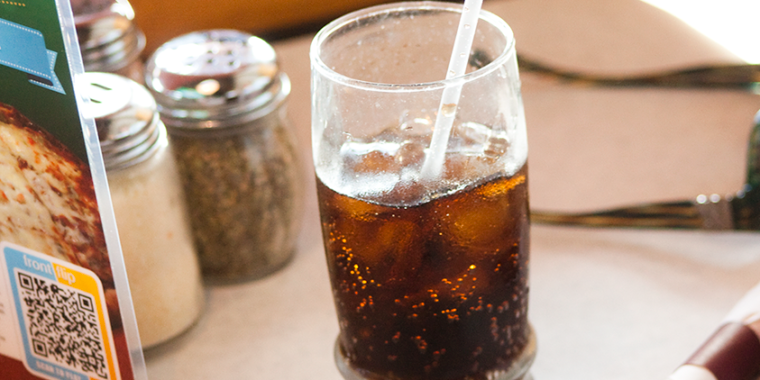 Excessive sugar intake has been linked to a wide variety of health problems, many of which are a result of obesity which is also related to excess sugar. That has led many people to switch to drinks with artificial sweeteners that are not metabolized by the body. A new study now suggests that these sweeteners are associated with their own health risks, namely stroke and dementia. But the study doesn’t address causality, and there are enough quirks in the data to suggest it’s not time to empty your fridge just yet.

The study, conducted by a collaboration of Boston researchers, was based on a cohort of individuals recruited starting in 1971. Since then, the participants have had follow-up examinations and health checks every four years on average. This cohort numbers more than 5,000 people and is a rich source of epidemiological data.

The authors initially planned to see if sugary drinks increased the risk of strokes and dementia. So they eliminated many people from this cohort because they had previously experienced these or related issues. That significantly reduced the study population: less than 3,000 for stroke and less than 1,500 for dementia.

The authors divided these populations based on the number of sugar-filled and diet drinks participants reported in a week. The boundaries between these groups were randomized to keep the number of people in each group the same. For example, members of the group that consumed the most sugar drank an average of more than two sugar-filled drinks per day, including soda and juice. The next group consumed more than three soft drinks weekwhile the diet drink group was in between, having more than one a day.

While this is irrelevant in estimating risk for each of these factors, readers should note that the study measures very different doses.

The consumption of sugary and light drinks was also measured in two different ways. One was based on recent intake according to the most recent follow-up survey. The second was cumulative and based on responses from the three most recent surveys. In addition, the researchers split the outcomes: all stroke and ischemic stroke, all dementia and Alzheimer’s.

To complicate matters, the authors analyzed their participants in three different ways. One way took into account only basic demographic information, such as age and education. A second added lifestyle factors, such as the quality of the diet and physical activity. The third added basic medical stats such as blood pressure, heart problems, cholesterol levels and more. A number of things in this last model are known risk factors for stroke and dementia, so this seems to be the most relevant analysis.

With all that, the researchers had something on the order of 108 individual statistical tests. At this point, a number of false positives become inevitable. To be confident in the results, you would want to see some consistency between groups and things like dose effects.

And here the results were mixed. There was remarkable consistency when it came to sugary drinks: Absolutely none of the tests showed a statistically significant association with dementia or stroke. So the authors’ original hypothesis turned out to be a failure.

But with light drinks it was different. Recent diet soda intake was associated with strokes, although there was no dose effect, and cumulative intake fell below statistical significance. For ischemic strokes, the association was consistent across groups, but again, there was no strong dose or duration effect. Interpreting these results is difficult, although they are certainly worth looking at more carefully.

On the dementia side, things were a bit simpler. Although some associations were statistically significant in the heavier drinkers, they disappeared completely when all health indicators were taken into account. This also applied to the analysis of cumulative consumption. This suggests that both diet drink intake and dementia are both likely to be related to one of the health problems controlled for in this statistical model.

What does this tell us?

The authors’ conclusion is grim: “Artificially sweetened soda consumption was associated with a higher risk of stroke and dementia.” But that seems to exaggerate the results for dementia. For stroke, there seem to be more consistent associations worth tracking.

But since the authors spend a lot of time discussing the paper, there’s no way to say why this association exists at this point. “Sick individuals [may] consume diet drinks as a means of negating further deterioration in health,” they state.

In other words, don’t clean out your fridge just yet.