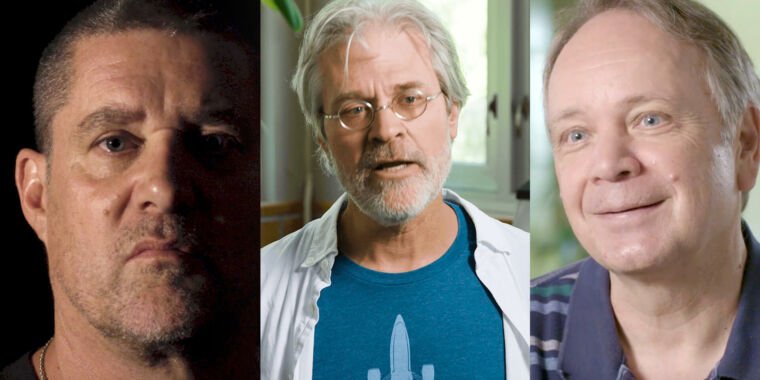 If you’re stuck at home looking for a distraction to take your mind off of COVID-19, or if you realize you’re not actually need to pay attention to your department’s snooze-inducing staff meeting and you’d rather not have your boss try and fail for 20 minutes to make WebEx desktop sharing work – I have a humble suggestion: how about sharing some of our ‘War Stories’ videos about game design challenges?

We started “War Stories” a few years ago with the idea that we would sit down with some brilliant game designers and have them describe a moment in their work when it felt like they were facing an unsolvable (or nearly unsolvable) problem, and how they finally solved that problem. Over the years, we’ve heard some fascinating stories about programming derring-do from some fascinating people – people like Sid Meier (Civilization), Paul Neurath (Thief: The Dark Project), Glen Schofield (Empty space) and even Lord British himself, Richard Garriott (Ultima Online†

(The series is also in active production, and two new episodes are nearing completion — including one we’ll be publishing tomorrow about a certain rotoscoped prince, and one coming soon about a certain neuroscientist named “Karan.”)

If you just want to click through and discover things for yourself, you can jump straight to the “War Stories” playlist on YouTube. But if you’d like a little more information first, here’s the full list of “War Stories” videos and a brief explanation of each one. All in all, there’s about five hours of content to chew through, so this should last you at least a few meetings!

How Thief’The intuitive stealth system was not intuitive to design

Founder of Looking Glass Studios, Paul Neurath, explains how difficult it was to add sound-based stealth to a PC game in 1998.

Davor Hunski from Croteam on how sometimes you have to throw a Hail Mary and hope for the best – and sometimes it works out. Also crates. So many crates.

How Star Control II was almost at realistic

This is my personal favorite as I have had a great admiration for Toys For Bob founders Fred Ford and Paul Reiche III since I was 12. Their description of what it took to bring Star Control II to life, and how they’ve made it almost too complicated is excellent. Plus, they’re nice guys!

Sometimes, no matter how hard you try, a game just doesn’t come together right – the pieces seem to be all there, but they don’t make a cohesive whole. That can lead to taking risks with major design changes late in the project — and occasionally you’ll hit gold.

Total War: Rome IIThe developers built all of Europe – and the AI ​​ignored most of it

Chief battlefield artist Pawel Wojs on how Total War II‘s design scope was so vast that it seemed impossible, and how the team rose to the challenge.

Creator Glen Schofield is clearly a man who loves his creations, and his methodical explanation of the difficulty behind implementing the game’s “Drag Tentacle” monster is excellent as it shows how much game design isn’t just about creating individual components. , but they are integrated into a cohesive whole. whole. Glen is also a talented artist, and we made a very separate video just focusing on his art.

To make 1997s Blade RunnerWestwood had to create the universe first

Louis Castle, co-founder of Westwood Studios, on the strange feast-and-famine problem presented by early CD-ROM drives – sure, you suddenly have hundreds of megabytes to play with, but how do you effectively use them through a straw of 150 kbps? (It’s also worth pointing out that the game is getting a 2020 remaster soon!)

Louis returns for a second video on another tough problem: how do you get all your dudes to go where you want them to go in an open-map RTS game with deformable terrain? It turns out that pathfinding is a very difficult problem to really solve.

Honestly, this one is worth watching just for the blooper videos of mechs going crazy.