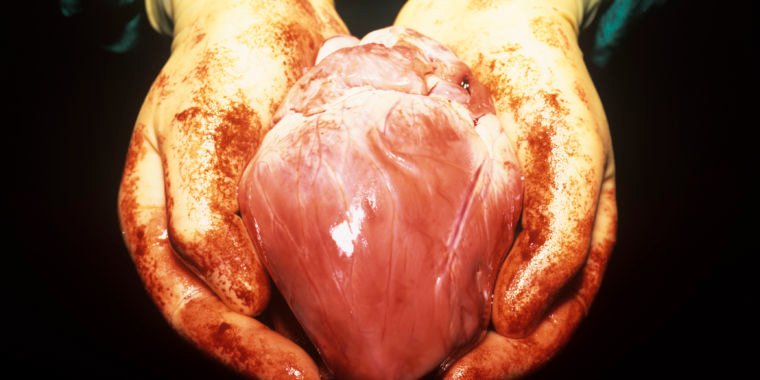 In 2009, Steve Jobs had a liver transplant, not in Northern California where he lived, but across the country in Memphis, Tennessee. Given the common complications of both travel and a transplant, Jobs’s decision may seem like an odd choice. But it was a strategic move that almost certainly got him a liver much faster than if Jobs had just waited for a liver to become available in California. Eight years later, the Apple founder’s procedure continues to highlight the state of transplants in the US: When it comes to organs, we have a major math problem.

Today there is a much greater need than organs to go around. It’s a problem that’s currently being addressed in part by mathematicians and developers, who are creating smart algorithms that aim to make organ allocation as fair as possible. But it’s complicated math done against a background of persistent ethical issues, and the debates surrounding it are heated and controversial.

Before we can understand how researchers use math to address the larger problems plaguing organ allocation, we need to understand what those problems are and where current strategies, mathematically or not, have failed.

Organs are assigned differently depending on the organ. For hearts and lungs, the time between organ procurement and transplantation must be kept very short. The first step is therefore to find a recipient within a limited radius of the donor hospital. If no suitable person is found, the radius is extended.

For organs such as kidneys and livers, the time frame is longer and recipients are sought within the donor hospital’s service area, of which there are 58 in the US (they are organized into 11 larger regions). The allocation is administered by the United Network for Organ Sharing (UNOS), a private non-profit organization contracted by the federal government to run the Organ Procurement and Transplantation Network (OPTN).

For example, if a liver is available for transplant, the hospital where it is located will contact the nearest organ procurement organization (OPO). That OPO will evaluate the quality of the organ and work with the OPTN system to find a match for the liver (see sidebar for details on the matching process). The recipient search uses an algorithm to find the sickest patient match on the transplant list within the UNOS region of the donor hospital, and the algorithm confirms that the organ can reach the recipient in the appropriate time frame. Disease for liver transplant patients is measured using the Model for End-Stage Liver Disease (MELD) score, which uses measures of the patient’s health status to determine how likely they are to die if they do not receive a transplant within 90 days . The higher the score, the sicker the patient.

In 2000, a document known as the Final Rule established a regulatory framework for the OPTN. For some of the guidelines that are out there, we’re doing pretty well. The Final Rule says that the policy should be based on sound medical judgment and, for example, periodically reviewed and revised as deemed necessary. But with one particular goal we fail – says Final Rule Where your life should have no effect on the chance of receiving an organ. The Steve Jobs example is one entry in a bunch of data that tells us otherwise.

There are major geographic differences in organ allocation in this country. “There are areas that are organ rich and not in great demand, and some areas that are organ poor and in huge demand,” said Dorry Segev, the vice president of research and professor of surgery at Johns Hopkins. And these drastic differences in supply and demand have major implications for patients.

That’s what ultimately led to Jobs’ transplant in Tennessee. Where Jobs lived in California, median waiting times for a liver transplant were very high, but in Tennessee the gap between supply and demand was much smaller. So Jobs reported to Tennessee, and when a liver match became available, he hopped on a jet to get it. It probably reduced its wait time from years to months.

Registering yourself for an organ in different regions or in several regions at once is perfectly legal. There is some additional cost beyond the cost of traveling to meet your organ at a moment’s notice, but what Jobs did is something many people do all the time.

While it may be permissible, the fact that Jobs had to look for options across the country is a sign of how big the problem of geographic inequality has become. And if there is a wealth gap associated with an American system, the problems quickly spread to other social identities and create privileged and disadvantaged groups, despite the goal being equality.

“The biggest problem with geographic differences is that they lead to differences in racial/ethnic organ distribution and socioeconomic status,” said Sommer Gentry, a math professor at the US Naval Academy.

These inequalities create a lot of organ waste. Areas with low demand compared to supply have the luxury of being choosy about which organs to use. “The areas with the lowest need for organs are actually wasting the less ideal but still very viable organs in their area,” says Segev. If a transplant hospital rejects enough marginal organs, eventually their OPO will stop offering them and the organ may never even be removed. So while someone who really needs the organ may live within transportation distance, they will lose it because they are not in the designated region. “So overall we use fewer organs in the US because there are some privileged areas and underserved areas,” says Segev.