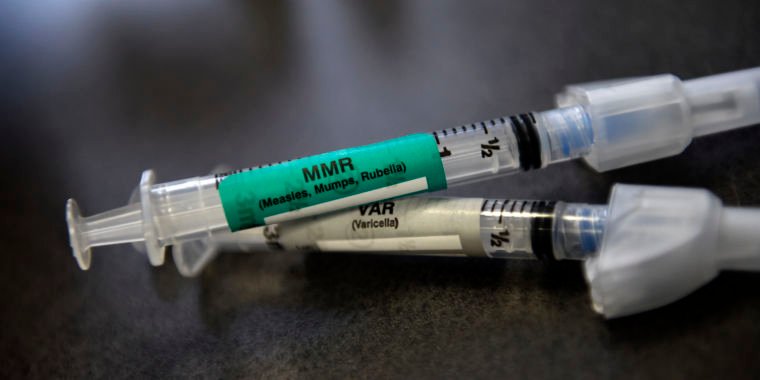 Health officials in Clark County, Washington, have declared a public health emergency for a measles outbreak in an area with a high percentage of unvaccinated children.

On Tuesday, Jan. 22, officials counted 23 confirmed cases in the county just north of Portland, Oregon. The number of cases rose rapidly, more than doubling since last week, and is likely to continue to rise amid low vaccination levels in the area.

Nearly eight percent of children in Clark County were exempt from standard vaccination for the 2017-2018 school year, according to state data reported by The Washington Post. Breaking down that eight percent, about seven percent of the kids had personal or religious exemptions, and the remaining one percent or so had medical exemptions. Taking into account the rest of the population, the province is below the 92 to 94 percent range that some experts believe is necessary to prevent the spread of highly contagious diseases such as measles.

In an online outbreak report, Clark County officials note that “measles is extremely contagious. The virus travels through the air and can stay in the air for up to two hours from a room where a person with measles has been… Measles is so contagious that if one person has it, 90 percent of people close to that person those not immune will also become infected.”

Public health officials have compiled a long list of locations where people may have been exposed to the disease. It includes healthcare facilities, churches, schools, Concourse D and Portland International Airport’s Delta Sky Lounge, an Ikea, Dollar Tree stores, the Moda Center during a Trail Blazers game, and Amazon Lockers.

“It’s really terrible and really tragic and completely preventable,” Peter J. Hotez told the After. Hotez is a professor of pediatrics and dean of the National School of Tropical Medicine at Baylor College of Medicine in Houston. “Portland is a total wreck when it comes to vaccine rates,” he added.

Of the 23 confirmed cases so far, 20 had not been immunized. Eighteen of the cases were in children between one and ten years old.

Correction: This article was updated to correct the state of Clark County. It’s in Washington state, not Oregon.