Star Wars: The Last Jedi looks a lot like The Empire Strikes Back at first glance |Techilink 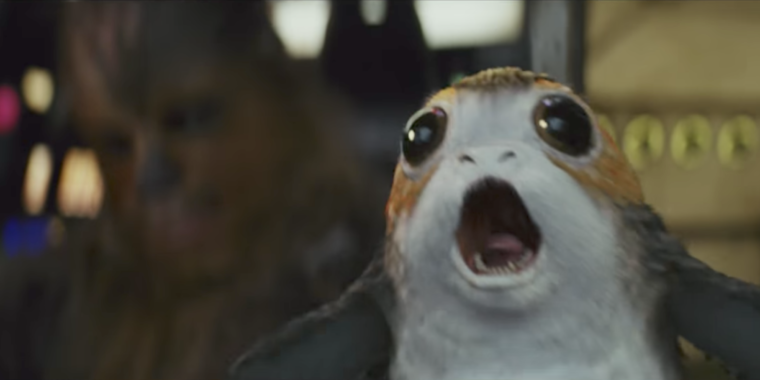 Lucasfilm has released the second trailer for Star Wars: The Last Jedic on Monday evening. It shows that – like any Star Wars movie – the next edition will be filled with space battles, lightsaber duels and campy dialogue.

The trailer makes it clear that Rey will be the central character of the upcoming film, which is set to release on December 15, with tickets now available everywhere. Rey’s training by Luke Skywalker and maturing as a Jedi seem to be major themes.

For anyone who has the . enter Star Wars universe for the first time with this latest trilogy (wait, Why?), the new trailer hints at obvious parallels with The Rich strikes back. In EmpireIgnoring Luke Yoda’s warnings that his training isn’t complete, he runs off to save his friends, leading to his hand being cut off by Darth Vader.

“I’ve only seen this raw power once before,” said Luke Skywalker in the new footage. “Then it didn’t scare me enough. Well… This isn’t going the way you think.’

The trailer also hints that Kylo Ren, who embraced the dark side of the Force and killed his father [spoilers] in Episode VII– tries to recruit Rey to the dark side.

“I need someone to show me my place in all of this,” Rey says toward the end of the trailer. The new teaser then transitions into a shot of Ren holding out his black gloved hand.

While the trailer gives a lot of hints about the plot and main themes of Last JedicMuch of the initial Twitter chat was about this new Chewbacca sidekick:

The new creature is apparently a Porg, which according to one fan wiki is “a species of seabird native to the planet Ahch-To, where Jedi Master Luke Skywalker made his exile in the years following the Battle of Endor.” It remains to be seen whether the Porg will be loved by fans or – possibly more likely – whether the creature will be the new Jar Jar Binks.