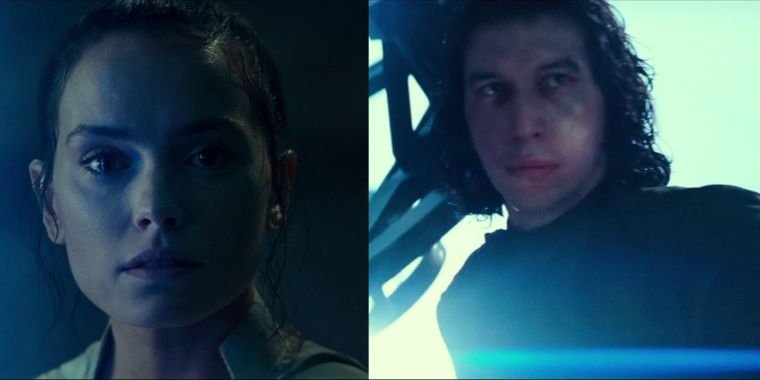 Ars Technica takes spoilers seriously in movie reviews. After the opening section of this article, minor plot details are revealed to explain certain opinions, but otherwise we don’t include “major” spoilers. Deeper spoilers are likely to appear in the commentary section at the film’s launch, usually posted with spoiler tags.

The best of Star Wars Episode IX: The Rise of Skywalker is that it closes the final trilogy in much the same way it started. This new trilogy has all the attributes you would expect in a Star Wars movie wish list: droids, wookiees, blasters, lightsabers, epic space battles, crazy new characters, and so on.

But the beating heart of this film, and the main reason I recommend it, is the evolving and intriguing relationship between Rey (Daisy Ridley) and Kylo Ren (Adam Driver). Rise of Skywalker is often a turbulent ride, usually to its detriment, but the narrative conclusion for these perpetually linked rivals (and the performances that propelled these characters to their most powerful moments in the Star Wars series) eke this movie on the line of “good enough for fans”.

Without that quality (an admittedly large percentage of the film), Rise of Skywalker could otherwise serve as proof that director/co-writer JJ Abrams was the wrong person to finish the final trilogy. The film rushes between plot points, overusing certain characters and wasting others. And whether you loved, tolerated or hated 2017 the last Jediit’s easy to conclude that the previous film’s most intriguing developments and concepts were abandoned—and without any convincing evidence that Abrams had better ideas in store.

“I’m Going Without Your Blessing”

From here on, the review is more specific about: Rise of Skywalker‘s successes and failures, so while it is watch out for spoilers, you’ve been warned.

Let’s start with by far the film’s biggest flaw: how Princess Leia’s character fits awkwardly into the plot.

Shortly after the tragic passing of actor, writer and activist Carrie Fisher, Lucasfilm announced she would be appearing in Rise of Skywalker as Leia and that the film would use her lifelike imagery, as opposed to a CGI-ified Fisher. The resulting images are arguably the worst-case scenario Star Wars fans could have imagined: cookie-cutter dialogue and a green screen that could be slammed into any plot, without the heart or humor that consistently marked Fisher’s work in the role of Leia.

An example of her toothless dialogue, taken verbatim from the film: “This mission is everything. We cannot fail.” Notice how spoiler-free that phrase is? Sure, that sounds like something Leia might say while serving as a general at a Resistance outpost. She offers slightly more specific dialogue in one interaction in the film, to set a key plot point in motion, but even that sequence has a shocking separation between herself and the character in question – failing to reconcile her character. sewing and picking up a stick that became at the end of Last Jedic† All about Leia’s appearance in Rise of Skywalker is rough, and it forces at least one other character to clumsily produce the exclamation point that she clearly had to do herself.

At the end of 2017, I proposed to recast the role of Leia. I really wish someone at Lucasfilm could have done that or jettisoned certain plot threads.

Instead, to make Leia’s limited appearance work, the film begins with a blur of fetch quest activity. A few early sequences feature striking visuals as heroes race across different worlds, but these differ from the slowly unfolding opening sequences that were the best Star Wars movies. Abrams puts each major player on their own separate journey, rather than letting us take the time to see each hero’s progress since the last film and how their individual progress has affected the others. We see a brief burst of combat that hints at this kind of dynamic, but it’s quickly interrupted by a forced Leianization of the plot.