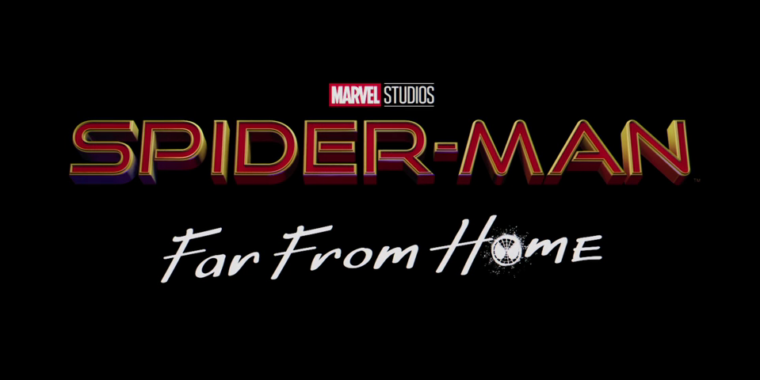 Comic book and superhero movie fans spent months wondering what would ever happen to the Marvel Cinematic Universe Avengers: Endgame concluded. Who would die? What would happen to the space-time continuum? Am I Big?

While the film answered some key MCU questions and was solid entertainment, it also ended with an unclear path forward. (It’s probably no spoiler that a multi-part superhero epic ended with some grim consequences.) In some ways, Endgame seemed to set up crazy possibilities for Marvel movies. But I’m here to tell you that for now, those filmmakers will continue at exactly the regular fare you’d expect (or fear) from a multi-company entertainment franchise.

That fact lands with a thud in the form of Spider-Man: Far From Homewhich hits theaters on Tuesday, July 2. The powers of Disney, Marvel and Sony Pictures (FFH‘s studio) followed one major Endgame plot thread to have this MCU superhero carry the whole load, and it was clearly the wrong move. The resulting adventure still offers solid action and laughs, but Spider-Man reboot lightning doesn’t strike twice.

Spoiler-free review of a spoiler-filled movie

Be warned: Marvel has made the bold assumption that you’ve caught up with all things MCU before getting into a Far from home screening. The opening scene of the film neatly spoils every single Endgame plot point, then clarifies a logical question about “getting it on” before going back to where the last Spider-Man live-action foray left off: a crazy high school.

The gang gears up for a school trip to Europe, while sweet-natured Peter Parker (Tom Holland) begins to reject his superhero gifts. Can’t I just be a normal teenager? he repeatedly questions himself and the universe, dodging the repeated phone calls from MCU vanguard Nick Fury (Samuel L. Jackson).

almost immediately, Far from home distances itself from everything that has made Homecoming such a delight in 2017. In that breakthrough, Peter’s rise from average kid to superhero put a delightful spin on the usual coming-of-age story formula, and it provided that movie’s cast with a ton of organic opportunities to talk about each other. learn and laugh along the way. Each character was new and they all bounced off Holland’s nervous, heterosexual performance with hilarious effect.

But this time around, there’s not really much engaging interaction between Peter and the rest of the cast. Best friend and comedic Ned (Jacob Batalon) is too busy having a new love interest with jokes totally unrelated to FFHprimary motivation. Peter’s own love interest, MJ (Zendaya), is enthralled by a series of awkward will-they-or-don’t-they flirts that feel painfully formal. Aunt Mae (Marisa Tomei) is relegated to a few phone calls. Worst of all, comedian Martin Starr holds the sack of pretty much any “funny” interaction with the kids’ cast, a task previously spread over a number of teachers and surprising cameos. His humor potential suffers.

The whole first hour of Far from homehonestly, takes place like a Marvel version of a classic Beatles movie like A well-earned rest: The teen cast romp around in montage format with some underwhelming look jokes and a painfully telegraphed love triangle premise between Peter, MJ, and handsome college student Brad (Remy Davis, Crazy Rich Asians† And Far from home just doesn’t have a Lennon & McCartney caliber combo to hold up such a gimmick.

After a while, Fury gets a hold of Parker and the whole superhero thing starts to roll: SHIELD needs Spider-Man’s help to fight a new, confusing source of evil, and they’re joined by the brand new hero Mysterio (Jake Gyllenhaal ), who keeps appearing and somehow saves the day. He’s from “another Earth,” he tells SHIELD, referring to a multiverse principle not yet mentioned in MCU movies. (No one here mentions Spider-Pig, if you’re wondering.)

The best part is buried

All of this leads to a “surprise twist” after about an hour, but it’s the kind of plot surprise that any adult can see coming from miles away. (Don’t flatter yourself, Marvel; even M. Night Shyamalan is better at this than you.) A few not-so-subtle cues land in the middle of dialogue scenes before a major veil is lifted, revealing that a campy undercurrent had been running. all the while under the film.

We learn everything through a montage that introduces a logical plot explanation and a cast of characters to match. By the time that rustling sequence ended, I almost yelled at the screen to ask, “Why haven’t you get started with this part?”

The potential here isn’t just the tantalizing array of characters that crop up before being left in the dust of screenwriting and character development. It’s also the special effects twist that’s been applied to this midway discovery. Turns out there’s some CGI inside the CGI of the movie, and Far from home looks incredible when it lets fans into these visual secrets.

Nothing really gets gained by keeping this stuff a secret for a whole hour; I’d consider it the equivalent of a movie shaking the audience with a “it was all a dream” explanation. If something, Far from home could have been so much more enjoyable with viewers sinking their teeth into a collective sense of dramatic irony from the start. But FFH seems to be stuck replicating a twist of Homecomingconnecting the multiple dangling plots of that entry into a superhero version of a classic teenage nightmare. FFH‘s spin doesn’t come close to the same level of heart or stake. Instead, Parker just sees it screwing up in a way that he’s clearly going to straighten out by the end.

Logical errors pile up dramatically along the way. Why is Nick Fury having so much trouble finding Peter Parker’s exact location if the kid isn’t using infosec practices? Why didn’t the folks at SHIELD double-check certain allegations with their ridiculous investigative abilities? Why does Peter Parker, a boy determined to protect his secret identity, repeatedly take off his mask for two-minute superhero conversations in the middle of major metropolitan areas?

Credit where credit is due

I’ve spent this review nitpicking and frowning in general, but that’s not to say I didn’t have a decent time. Once again, actor Jacob Batalon proves he’s quite the scene-stealing dynamo. In addition, actor Jon Favreau is left with a heavy load of exposition and emotion, and he pulls that meaty stuff out without losing any of its comic bite. And Holland continues to earn his Spidey streaks with his delicate, teenage juggling of excited and uncomfortable, despite this outing taking his character in boring directions.

(Plus, Gyllenhaal has his own very, very good moments as a new Marvel movie character. But going any further would spoil anything satisfying about this week’s movie, and I’d like to keep that part vague for new viewers.)

But Far from home gets enough things wrong for the past few years to feel more like a DC Comics movie than something from the MCU. Frankly, if you’re looking for a 2019 teen comic to watch this Fourth of July break, I’d recommend re-watching the theater of Shazam! about this.