SpaceX’s Crew Dragon gets a launch date – May 27 | Techilink 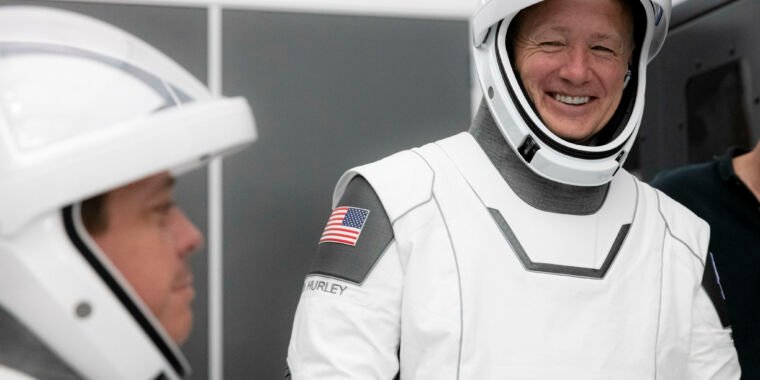 On Friday, NASA Administrator Jim Bridenstine announced that the space agency has set a launch date for the first human launch into orbit from the United States in nearly a decade.

SpaceX’s Crew Dragon will launch on May 27 aboard a Falcon 9 rocket from Kennedy Space Center, at 4:32 p.m. ET (20:32 UTC). This test flight will take NASA astronauts Doug Hurley and Bob Behnken to the International Space Station for a multi-month mission — as much as 110 days, but probably less.

The flight will have a nice symmetry with the last human orbital launch from US soil, which took place on July 8, 2011 with the final flight of the space shuttle. Hurley served as a pilot on that spaceflight, which lasted nearly 13 days and delivered supplies to the station. For the Dragon test flight, Hurley will be “spacecraft commander” while Behnken will be “joint operations commander.” In effect, this means that Hurley controls the vehicle in flight.

NASA and SpaceX still have some hurdles to overcome before the mission takes place, so this launch date may slide to the right. But the fact that the space agency has released a date gives confidence in a crew launch from the United States in two to three months.

Outstanding work includes final parachute tests to certify the Dragon landing system and the completion of an investigation into a Merlin engine failure during a Falcon 9 launch in March.

There are also complications from the COVID-19 pandemic, which has forced several NASA centers to telecommute and prevented all but essential travel. This situation is likely to complicate the process of holding “Flight Readiness Review” meetings, where normally dozens of senior officials gather in a large room to discuss vehicle safety.

But with Friday’s announcement, NASA appears to have a plan to fix these issues. Next May, or early June, could be a great time for the space agency and rocket company – SpaceX – that will break the country’s reliance on Russia for access to space.