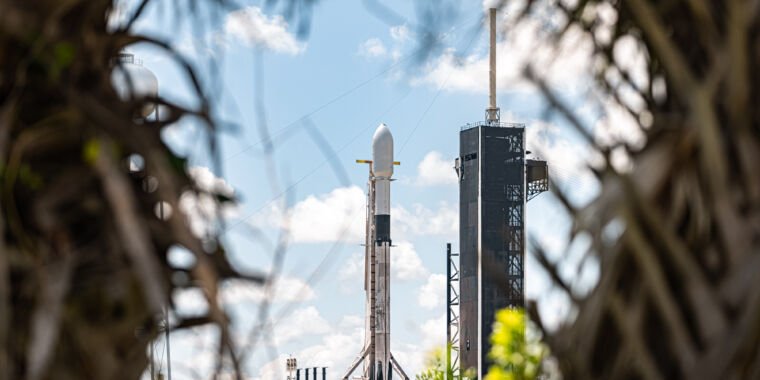 SpaceX launched three missions in August: two with its own Starlink payloads and the SAOCOM 1B mission for Argentina. Now, as of Thursday morning, SpaceX can make three more launches this month to further expand its Starlink satellite internet constellation.

A Falcon 9 rocket is scheduled to take off from Kennedy Space Center at 8:46 a.m. EDT Thursday, carrying a payload of 60 Starlink satellites into low Earth orbit. This will be the 12th launch of a large batch of Starlink satellites, although the first 60 satellites launched in May 2019 were to some extent a test bed for future iterations. After this mission, the company will have more than 700 of its satellites in orbit to provide broadband services.

The need to build out a constellation of thousands of satellites, with the ultimate goal of providing broadband internet around the world, has enabled SpaceX to fly its Falcon 9 rocket regularly this year. So far, the company has launched 15 missions in 2020, including the suborbital Crew Dragon in-flight abort test on January 19. Of those, nine were Starlink missions.

For the rest of the year, the company has a few commercial, NASA and military launches, culminating in the Crew-1 mission, which takes place no earlier than October 23. In addition, there will be several additional Starlink launches.

With a total of 15 missions through August, SpaceX is sitting at a math pace for 22 or 23 launches this year. That would surpass the company’s previous record of 21 launches in the year 2018, as SpaceX cleared much of a commercial backlog it had built up in the mid-2010s. However, given the number of launches planned for the rest of the year, it seems likely that SpaceX will launch 25 or more rockets in 2020.

The march to a record pace in 2020 continues on Thursday morning, when weather conditions are expected to be good, with an 80 percent chance of ‘go’ conditions.