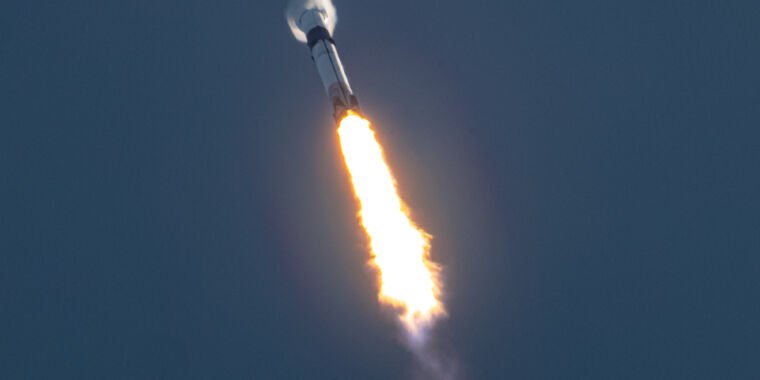 Thursday morning, a Falcon 9 rocket lifted off from Kennedy Space Center, carrying SpaceX’s 12th batch of Starlink internet satellites. The mission went on nominally, with the first stage landing safely a few minutes after launch and deploying the full stack of satellites shortly after.

Ahead of the launch, webcast commentator Kate Tice, senior program reliability engineer at SpaceX, gave several details about the development of the space-based Starlink Internet service.

“We are well into our first phase of testing our private beta program, with plans to roll out a public beta later this year,” Tice said. SpaceX has been collecting names and addresses of people interested in participating in the public beta here for several months now.

“The first results are good,” she says. These tests reveal “super-low latency” and download speeds in excess of 100 megabits per second. This, she noted, would provide enough bandwidth to play the fastest online games and stream multiple HD movies at once.

Talking with each other

These comments contrast with some recent Starlink speed tests posted anonymously online that showed download speeds ranging from 11 Mbps to 60 Mbps. However, it seems plausible that SpaceX will continue to refine its network’s software and improve its coverage as it adds more satellites. “Our network is a work in progress and over time we will continue to add features to unlock the full potential of that network,” Tice said.

SpaceX shared this information publicly for the first time as it attempts to access the Federal Communications Commission’s Rural Digital Opportunity Fund, which is expected to pay up to $16 billion to Internet service providers over a 10-year period. To qualify, the company would need to deliver speeds of at least 25 Mbps, with latencies of less than 100 milliseconds.

During the webcast, Tice also said that SpaceX has successfully tested inter-satellite connections on Starlink satellites for the first time.

This technology could be useful not only to provide lower latencies and continuity of service, but also to entice the US military to invest in Starlink for communications with war fighters.