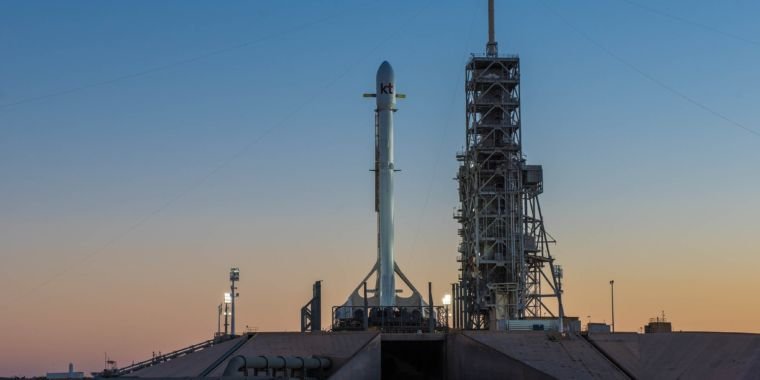 Update at 3:50 PM ET: With no weather or technical issues, SpaceX launched its Falcon 9 rocket at window opening on Monday afternoon. The first stage delivered its payload into orbit and returned to Earth eight minutes later, albeit a little fiery. Meanwhile, the second stage appeared to be well on its way to launching Koreasat-5A into geostationary orbit.

Original message: SpaceX has launched an average of about 1.5 times per month this year. From that perspective, the company’s 16th launch in 2017 may not seem all that spectacular. After all, sending something like the commercial communications satellite Koreasat-5A to geostationary orbit is going to be old hat for the new space company.

However, Monday’s launch attempt is significant because it would double SpaceX’s total number of launches for any given year, at eight. Plus, it’s another commercial launch for SpaceX, which had launched mostly government missions for NASA and NOAA before 2017. But this year, 11 of 16 SpaceX launches were for private companies or foreign governments.

The launch window for Monday’s attempt from Kennedy Space Center opens at 3:34 p.m. ET and remains open until 5:58 p.m. ET. The webcast below should begin approximately 15 minutes before the launch window opens. After launching the satellite into orbit, the Falcon 9 rocket’s first stage will attempt a landing on the “Of course I still love you” drone ship, just under 9 minutes after launch . The satellite will be deployed approximately 36 minutes after launch.