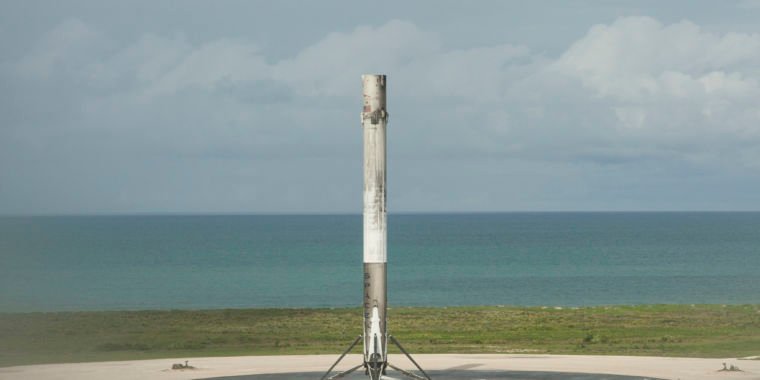 Over the past decade, NASA has invested billions of dollars in programs with private companies to transport cargo and eventually astronauts to the International Space Station. These commercial services were made possible by new types of contracts for the agency, as they offered a “fixed price” for services and required companies to commit their own money to developing new spacecraft and missiles.

But the space agency has established a sort of Maginot line around the planet when it comes to deep space exploration. For instance, less than a year ago, NASA’s then-administrator, Charles Bolden, said he’s “not a big fan” of commercial companies building big, heavy rockets that allow private companies to go beyond low-Earth orbit. For Bolden, the lines were clear: We’ll support you near Earth, but leave deep space to the professionals. “We believe it’s our responsibility to the nation to take care of things normal people can’t or won’t do, like big launchers,” Bolden said of NASA.

Nevertheless, SpaceX, Blue Origin and other companies have continued their plans to develop large rockets capable of exploring deep space. And they are making progress. SpaceX’s Falcon Heavy booster, which has 90 percent of the lift capacity to low Earth orbit as the first version of NASA’s Space Launch System, is likely to fly in 2017 — up to two years before NASA’s own big rocket.

On Thursday during a hearing before the U.S. Senate Subcommittee on Space, Science and Competitiveness, SpaceX formally called on the U.S. government to support public-private partnerships in deep space. Tim Hughes, SpaceX senior vice president for global affairs and government affairs, testified. “The principles applied in previous programs for the ability to operate in low Earth orbit can and should be applied to deep space exploration,” said Hughes. He was referring to NASA’s Commercial Orbital Transportation Services, or COTS program.

NASA, Hughes said, should now consider funding a COTS-like program that will run “parallel” to NASA’s Space Launch System and Orion spacecraft for deep space exploration. “There is currently a program of record that is NASA’s central focus for deep space exploration,” Hughes said in response to a question from a senator. “But I think it could easily be supplemented with public-private partnerships to enable us to have a permanent presence in the space.”

Hughes said NASA could, for example, place “high demands” on companies, such as demonstrating the vertical take-off and landing of rockets from the lunar surface, delivering large amounts of cargo to the surface of Mars, or building a more reliable communications network between Earth and Mars. All of these projects, he said, would allow the United States to establish a permanent presence in space rather than conducting one-off missions.

Hughes also provided evidence that the COTS program has greatly benefited both NASA and SpaceX. For example, in 2011, NASA estimated that it would have cost the agency about $4 billion to develop a rocket like the Falcon 9 booster based on NASA’s traditional contracting processes. A more “commercial development approach” could have resulted in the agency paying just $1.7 billion.

However, by setting a high requirement for cargo transportation to the space station and leaving the details to industry, SpaceX was allowed to design and develop the Falcon 9 rocket itself, Hughes said. Costs? According to NASA’s own independently verified figures, SpaceX’s development costs of both the Falcon 1 and Falcon 9 rockets were estimated to total about $390 million. NASA got a better deal and SpaceX got a rocket that could fly both commercial and NASA payloads.

It’s not clear how warm the senators were to SpaceX’s plan, which in the commercial space community shares the support of others interested in deep space activities (such as Blue Origin, with its Blue Moon concept). “I think the COTS program has been a great success story for NASA and the commercial market, and I believe that the government should explore all options for public-private partnerships to advance our nation’s exploration goals,” said Eric Stallmer , president of the Commercial Spaceflight Federation.

However, some at NASA are likely to balk at the idea, as it would mean giving up some of the control they have over the design and development of rockets and spacecraft to the agency’s traditional, cost-plus contracting methods. The beneficiaries of those contracts — which include Lockheed Martin, Boeing, Aerojet Rocketydyne and other established aerospace companies — are also likely to be less than welcome if NASA opens the door to competition in space exploration for new space companies.