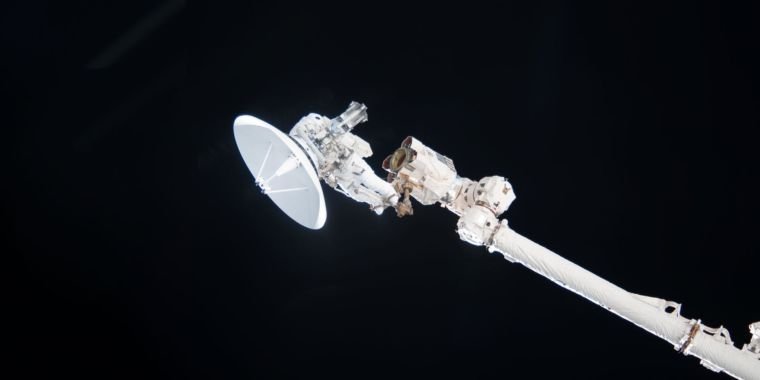 After more than seven years, Garrett Reisman will leave his position at SpaceX as director of crew operations. The former astronaut says he will stay with the company as a consultant, but couldn’t pass up a job teaching human spaceflight at the nearby University of Southern California. His first day as Professor Reisman was Monday.

In an interview, Reisman said he has enjoyed the experience of working for a dynamic company like SpaceX. “I’ve been on three spacewalks, so I’ve done a lot of exciting things,” he said. But highlights like the maiden flight of the Falcon Heavy rocket or the first landing of a booster in the first stage were equally thrilling experiences. He saw that first landing in December 2015 from SpaceX headquarters amid a crowd of thousands of employees. “I was in that crowd of people jumping up and down,” he said.

Since leaving NASA in 2011, Reisman has been instrumental in developing SpaceX’s Dragon 2 spacecraft, which will take people to the International Space Station in about a year. After both living on the space station and later visiting Atlantis on the space shuttle to help with its final construction, he gave the company an astronaut’s perspective.

Reisman said one of his main roles was building bridges between two very different entities as SpaceX worked with NASA to certify the Dragon 2 spacecraft. “That’s what I came here for,” he said. “Because these two organizations started working together, it wasn’t always easy, and there were challenges in terms of corporate culture,” he said. “But in the end, the benefits to any organization of the partnership were enormous.”

Of the differences, he noted a dynamic at SpaceX that was contagious and carried over to NASA. The private sector has a real edge over the government in terms of speed and agility, he said. And SpaceX, in particular, is very good at trying things out — and being willing to fail if the consequences are minor — and finding a solution quickly. For crew flights, NASA helped SpaceX with the accuracy and attention to detail needed to protect human lives.

During Reisman’s tenure with the private company, SpaceX competed with Boeing for contract awards in the commercial crew program, along with the prestige of piloting the first private spacecraft to orbit humans. One of his NASA astronaut classmates – a group selected in 1998 and known as: the penguins-Chris Ferguson also left the space agency in 2011. The last shuttle commander went to work for Boeing in a similar position of crew vehicle development. When asked if he’s talking to Ferguson, Reisman laughed and said, “Always. He’s a total loser.” In reality, the two have remained friends, Reisman said.

However, he didn’t hesitate when asked which company will be the first to fly humans into space. “SpaceX,” Reisman said, betraying only a hint of his New Jersey accent. “Come on, are you crazy?”

Reisman said he will spend about one day a week at SpaceX and the rest of his time teaching human spaceflight classes at USC, which is about five miles from the Hawthorne-based rocket company’s offices.

For students just getting into spaceflight, these are really heady days, he said. During his undergraduate years, and later graduate work at the California Institute of Technology in the 1990s, Reisman said there were simply no opportunities to work on manned spacecraft. During his graduation he worked on a guidance, navigation and control system for a satellite.

Now there are the two commercial crew vehicles under development by SpaceX and Boeing, NASA is building Orion, and Blue Origin has a sub-orbital launch system and any plans for an orbital vehicle. And these are just companies in the United States. Companies need engineers who understand how to design spacecraft to allow humans to fly. “It’s day and night,” he said. “And it’s one of the things that really gets me excited about going to USC.”

One question Reisman is sure to get from his students is whether humans really go to Mars. He has a ready-made answer: Yes. The Red Planet remains the fate of humanity, he said, as it represents the next great frontier for human exploration.

Based on the progress he’s seen at SpaceX, NASA and other places doing innovative things, it’s only a matter of time. “We will definitely go there,” he says. “It’s just a matter of when, and exactly what it looks like when we do that. That’s what we all strive for.”

After spending seven years at SpaceX, he also shares some of founder Elon Musk’s existential concern for the future of humans. We’ll get there, Reisman said, if our society can stick together long enough for it to happen. “If we don’t destroy ourselves, we’ll end up living on Mars,” he said.

The newest aerospace professor at USC will certainly try to impress some of that urgency on his students.