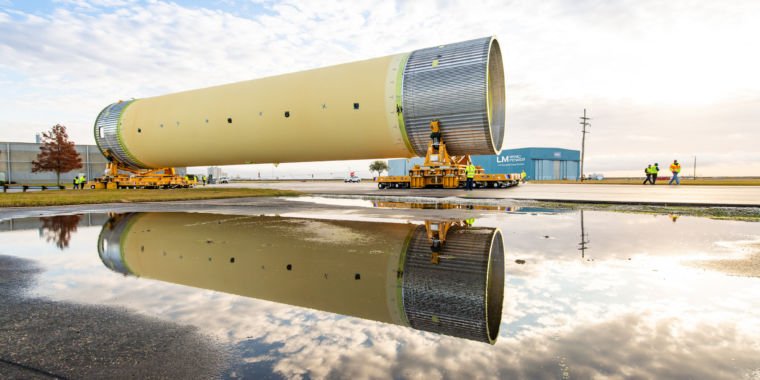 NASA has finally set a new launch date for the oft-delayed maiden flight of its Space Launch System rocket. The formal date should be announced next week, a senior engineer at the agency said.

At a committee meeting of NASA’s advisory board, Tom Whitmeyer said the launch date would be “near the end of next year.” This mission, dubbed Artemis I by NASA, is seen as the first step back to the moon. The unmanned test flight, which will last between 26 and 42 days, will put Orion into orbit around the moon before the deep space capsule returns to Earth.

The Space Launch System rocket, in development since 2011, has cost NASA nearly $20 billion and has been criticized for both its cost and slow rate of development. But thanks in large part to the unwavering support of Congress, NASA has continued its plodding development.

Most of the rocket’s decelerations were centered on the rocket’s Core Stage, which contains large tanks for liquid oxygen and hydrogen, and four main space shuttle engines. The stage’s prime contractor, Boeing, bears much of the responsibility, but recently NASA blamed the COVID-19 crisis for a delay in work.

Working on the Green Run

The next major test is the full-time firing of the Core Stage and its engines at the Stennis Space Center in Mississippi. However, because of the coronavirus, NASA has closed this facility for the past two months. Now, Whitmeyer said, key staff is beginning to return to the testing facility, but he doesn’t expect a full workforce until this summer.

In January, Boeing’s John Shannon said the company and NASA hoped to complete the Green Run test in July or August. And officials have said work on the Core Stage progressed well before the spread of COVID-19 near Stennis in March.

Now, Whitmeyer said, this critical Green Run test could take place around Thanksgiving this year. If all goes well with this test — which is no guarantee, given they’re testing the large vehicle with cooled hydrogen for the first time — the Core Stage could be shipped to Kennedy Space Center in late 2020 or early 2021. This will initiate stacking of the rocket for a launch late next year.

As COVID-19 takes the public blame, it has been clear for some time that the SLS rocket probably wouldn’t launch until the second half of 2021 at the earliest. Ars reported this in July last year. It also seems likely that NASA will have to return to Congress at some point to ask for even more funding to make a late 2021 launch date.

Schedule strips have been a regular part of the SLS program. In 2014 and 2015, the “formal” launch date was late 2017. Since then, it has fallen almost year after year. Meanwhile, Orion waits in storage for his ride to space.