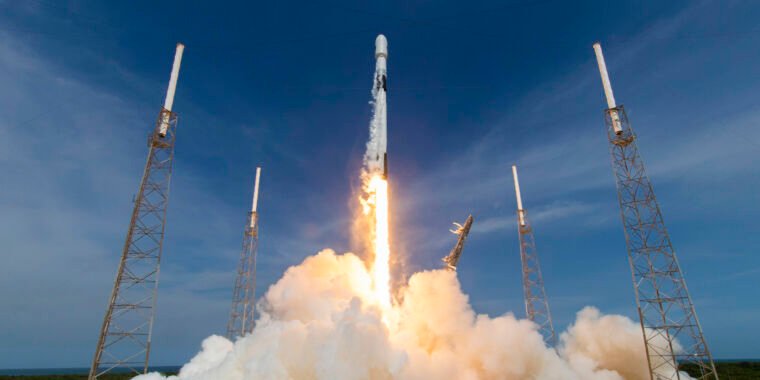 On Friday, the US Space Force said it would launch two pivotal Global Positioning System missions on a used Falcon 9 rocket next year.

This will save the military $52 million, officials said, as SpaceX agreed to cut compensation for the two missions in exchange for flying used hardware. This is an important step by the Space Force toward validating the use of flight-proven rocket first stages for its most critical national security missions.

“We look forward to this journey with SpaceX as we gain even more experience with them and reusable hardware,” said Walter Lauderdale, head of the Falcon Systems and Operations Division at Space and Missile Systems Center, speaking to reporters.

SpaceX previously launched a US military GPS mission (GPS III-01) in late 2018 and again in June this year (GPS III-03). The rocket company will launch another of these navigation satellites (GPS III-04) as early as Wednesday, September 30. These flights were or are being flown on new rockets.

Now, the Space Force and SpaceX have agreed to contract modifications that will allow the launch of two more GPS III missions (05 and 06) on repurposed Falcon 9 first-stage rockets. This was made possible by the fact that the Space Force agreed to launch the GPS III satellites in a different orbital perigee. This change came after the first GPS III launch, in 2018, when there was no initial recovery attempt.

The change allowed SpaceX to restore the first stage of the Falcon 9 that flew on a GPS mission in June, and the company will restore the booster during future GPS missions. In return, SpaceX agreed to some additional spacecraft requirements for future missions — saving $52 million for the US government.

As part of these missions, the Space Force plans to better understand the functional life of a Falcon 9 booster to allow for rocket reuse in the future. “SMC’s commitment to innovative partnerships and working with the commercial sector while maintaining our mission assurance and mission success record cannot be underestimated,” said Lauderdale.

“SpaceX is proud to leverage the proven benefits and capabilities of Falcon 9 for launch missions in the national security space,” said Gwynne Shotwell, SpaceX president and chief operating officer, in a statement. “We appreciate the effort the US Space Force has invested in the evaluation and are pleased to see the benefits of the technology. Our extensive reuse experience has enabled SpaceX to continuously upgrade its fleet and save significant valuable tax dollars on these launches.”