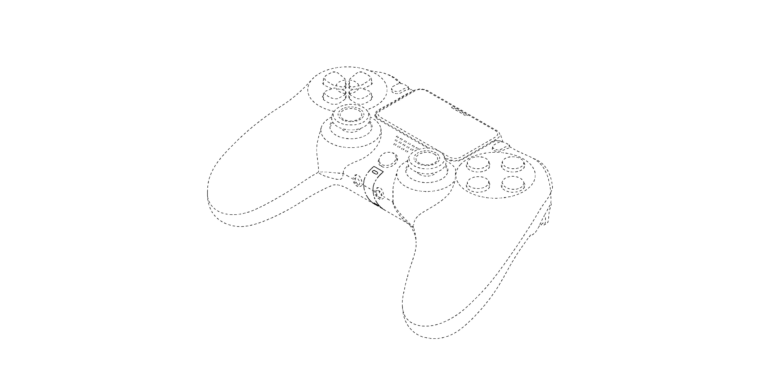 New images of a Japanese Sony patent, first filed in March and recently published by the Japanese patent office, appear to show a new version of Sony’s DualShock controller. The patent images show some potential hardware changes ahead of next year’s planned release of the PlayStation 5.

Sony system architect Mark Cerny discussed the PlayStation 5’s new controller in an interview with Wired last month. That interview mentioned that the new system’s controller would have a USB-C connector for charging and a possible wired data connection. And while the newly published patent images resemble the PS4’s existing DualShock 4 in many ways, the port on the top appears to be USB-C rather than the USB-B micro connector on the DualShock 4.

There are a few other changes in the patent images that don’t match potential controller changes that Sony has publicly discussed. Chief among these is the apparent omission of the DualShock 4’s lightbar. That lightbar’s ability to glow in different colors was often used by game developers as a gimmick to indicate health or other in-game status effects, but it was also positioned in such a way that it was difficult for players to use or see it effectively. More importantly, many PlayStation VR games used that light bar in conjunction with the PlayStation Eye camera to track the controller’s position in space, a feature that wouldn’t be possible on the proprietary controller in the same form.

The patent images also show a small strip running along the bottom center of the controller, below the apparent location of the PlayStation button, including small holes on the front and back of the controller. Wired’s October story specifically mentioned “a small hole” in the prototype PS5 controller under test and raised the possibility that the hole could be an opening for a built-in microphone that could integrate with a recent version. patented “voice assistance system using artificial intelligence”. †

The recently launched Stadia controller has a similar built-in microphone for integration with the Google Assistant.

Cerny would only tell Wired “we’ll talk about it another time” in regards to the microphone, with a Sony spokesperson adding: “We file patents regularly and like many companies, some of those patents end up in our products, and some don’t.”

Sony has previously discussed other new features in the PS5 controller, including “adaptive triggers” that provide variable resistance based on in-game situations and more fine-grained haptic feedback that can provide distinct “rumble” profiles when walking across different inputs. game surfaces, for example. The latter feature was reportedly being considered for inclusion in the PS4 Pro controller, but was delayed to avoid creating a “split experience” for PS4 users.

Sony first discussed the successor to the PS4 in April. That announcement highlighted plans for fast SSD storage that will enable faster load times, a GPU capable of hardware-accelerated ray tracing, and a “custom 3D audio unit.”